No prior Street Fighter game has include avatar customization 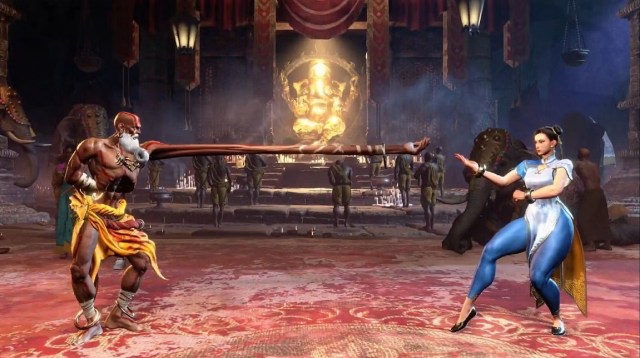 Provided by Capcom Dhalsim and Chun-Li fight in Street Fighter 6.

For many fighting game players, one of the most hype parts of the lead-up to a new game launch is learning which playable characters will join the game. Capcom has already confirmed that Street Fighter 6 will have 18 characters in its base roster. In addition, it seems all but guaranteed that more characters will join as downloadable content in the future.

Previously, no other Street Fighter title has featured any kind of customizable character, such as the Miis that appear in many Nintendo spin-off games. Here’s what fans need to know about character creation in Street Fighter 6.

Does Street Fighter 6 have character creation?

Street Fighter 6 does have character creation, making it the first game in the series with this feature. Upon starting the game, players will be tasked with creating their own avatar. They can choose from preset character models or tinker with the settings more precisely in order to get creative as they design their own fighter.

During the Closed Beta, you'll be able to create a custom avatar. 👤

This is a one-time process for the CBT, so ensure you're happy with your avatar before finalizing them. We can't wait to see what they look like! pic.twitter.com/Qx1WxWOBa7

While some of the customization settings simply involve picking from a set of options, others operate on sliders. As a result, players can get downright ludicrous as they design the proportions of their characters. Here’s an overview of the different settings players can adjust as they customize their avatar, with some of these settings having a variety of sub-customizations available:

When to use your created character

The main purpose of character creation in Street Fighter 6 is to create an avatar that represents the player. They can control this avatar as they walk around the in-game Battle Hub, where they go to wait for online matches.

In addition, the player’s avatar will be the star of the single-player World Tour mode. In this mode, Luke takes the player’s character under his wing to teach them and train them in combat. From there, they can explore an open environment and engage in battles.

As of now, it does not seem like players will be able to use their created characters in traditional multiplayer fights. Since these characters can have absurd proportions, it is hard to imagine that they could be balanced properly for a more competitive environment when it comes to the size of their hitboxes and hurtboxes.