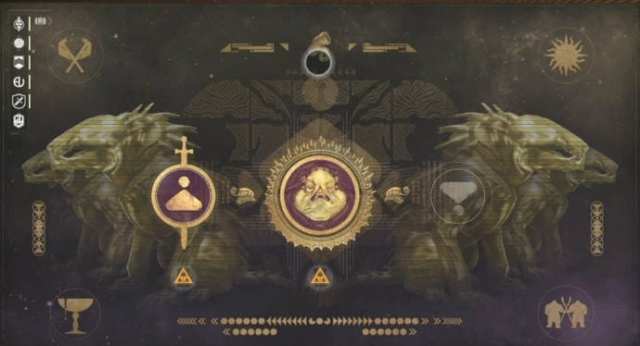 We hope you were able to defeat Argos and Valus Ca’uor last week with the help of our Destiny 2 Prestige Lair weapons guide. We’ll provide you with another guide for the Prestige Lair modifier and Armsmaster restriction for Week 2 (July 24-30) in Destiny 2.

Gladiator is a pretty fun modifier. Kills with your weapon give you the Frenzy buff which boosts your melee damage. Kills with your melee give you the Triumphant Rush buff which boosts your weapon damage. You’ll want to have a specific buff active when fighting bosses to maximize your DPS output. Triumphant Rush helps a bit during Argos. Meanwhile, Frenzy is amazing for Valus Ca’uor.

You’ll do decently with Huckleberry for both lairs. If you don’t have Huckleberry or you want to use an exotic for a different slot, Antiope is a good substitute.

Uriel’s Gift, Positive Outlook, and Kibou are great choices. Remember to use Void for Eater of Worlds (Minotaurs) and Solar for Spire of Stars (Centurions).

For both Eater of Worlds and Spire of Stars, Curtail Call is really good. Wardcliff Coil is also useful provided you don’t blow yourself with it. If you have a Warlock with Lunafaction Boots, standing in their Rift will allow you to blast with your Wardcliff without the need to reload, doing tremendous damage. You can see this in the video below courtesy of Destiny 2 raiders Gladd and co.

Same as in last week’s guide. Just have one Nightstalker continuously tether mobs to make orbs. Titans go with Hammers, Warlocks with Nova Bombs, and other Hunters run Golden Gun. Remember to kill a mob with your melee to get Triumphant Rush before spamming your rockets.

During the transition phase, use your auto rifles to get the crit spot on Argos’ body parts. Since the modifier allows you to reload weapons this time around, you can consistently do critical shots on his arms.

The Gladiator modifier is going to help out immensely with this. Hunters should be Arcstriders with Raiden Flux. This is because of Frenzy, the melee buff. Each hit from the Arc Staff count as a melee hit. You get a 2,000 damage bonus with each “normal” hit. So before you start damaging the boss, make sure to kill one mob with your gun to get the Frenzy buff. When you start hitting the boss with your Arc Staff, try to avoid killing a random enemy so as not to lose Frenzy.

It’s actually possible to kill the boss in one-phase with only a couple of Hunters as opposed to a full stack. You can see it in our gameplay video below. The rest of your team, after they use their supers, can just stand on a Warlock Rift (with the Warlock wearing Lunafaction Boots) and blast him with Wardcliff Coil or Curtain Call rockets.

We hope this guide helps you out with this week’s Prestige Lairs in Destiny 2. As usual, let Daily Esports know if you have any questions or clarifications and we’ll be happy to assist you.