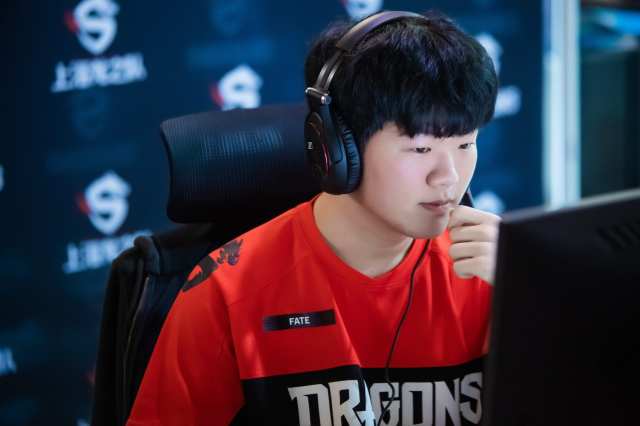 Between celebrity guests, new video game premieres and some pretty big upsets, The Game Awards 2018 was stellar. It featured castmates from AAA titles like Christopher Judge and A-list actors like Christoph Waltz and Jonah Hill. TGA also brought a stellar performance from the legendary Hans Zimmer. That wasn’t all to get hyped about, however – especially for Dauntless fans. Phoenix Labs came out and announced that Dauntless was getting its biggest content update ever. Prepare for a chilling update in Frostfall 2018!

Slayers from around the world will be able to hunt Behemoths in @PlayDauntless on PlayStation 4, Xbox One, and the all-new Epic Game store in April 2019! pic.twitter.com/dtoSKSFVjQ

That’s right, the entire show froze when the announcement broke that Dauntless is coming to console. Playstation 4 and Xbox One players will be able to shatter enemies together starting April 2019. Dauntless has been a PC-only title thus far, and an avalanche of gamers voice their wish for console support. Phoenix Labs certainly didn’t crack up under the pressure and obliged. However, they didn’t give content updates the cold shoulder. Here’s everything that’s coming to Dauntless.

The Hunt Pass is a new way to earn limited-time rewards this season. The first season runs from December 6, 2018 to January 9, 2019. There are two tracks – the Basic track is free, the elite track costs 1000 platinum. The Basic track offers rewards every certain amount of levels. Prizes include platinum, regents and emotes. The Elite track consists of everything the Basic track offers, plus ace chips, notes and transmogs. It also offers Elite flares. If players finish the track, they earn the 1000 platinum spent back. The season’s pass is 50 levels. Players level up by earning Silver Stars. If you’re in-game and can’t figure out how to start it, stay frosty – just speak to Gregario in Ramsgate Plaza to begin.

The Shattered Isles shiver with fear as an all-new Behemoth touches down. Valomyr is an all-new Dauntless encounter releasing with Frostfall. It is made of pure aether, and is one of the most challenging creatures to date. Here’s everything to know about this encounter:

The Valomyr can generate and control groups of radiant drones that also shoot hardlight beams. These are either unleashed in complicated formations which Slayers cannot evade, or a wall of pure energy that knocks them back.

Being a creature of constant aether consumption, Valomyr can also channel this into a power defense in what Slayers nickname “Starflies” – clusters of spheres that surround the Behemoth and damage Slayers.

Up-close, Valomyr will defend itself with a significantly damaging Radiant Blast. It can also form a geodesic shield which traps Slayers inside with the Valomyr, their allies forced to break through it to help.

Valomyrs can also consume and utilize aether to travel across terrain. They can also transform themselves into pure aether, allowing them to move short distances and then transform back into themselves. This evasive maneuver allows the Valomyr to dodge slow attacks or grenades and mines at will.

So how do we kill it?

The Valomyr does have its weaknesses, and Slayers can also prepare themselves properly for its onslaught. Umbral weapons can be highly effective, with chain blades, war pikes and repeaters being effective ways to utilize range to neutralize its drones and damage it from a distance. Staggering hammer blows and axe armored strikes are highly effective in smashing its various Radiant moves. Radiant aether armor is also a key factor in mitigating its damage. The most useful piece of advice, however, is quite simple: Be quick or be dead. Speed is key in evading the Valomyr’s various attacks.

Not to mention the gear

In Ramsgate, the blacksmiths have already refined Valomyr parts into powerful gear for Slayers. From armor to a dazzling array of weapons, they’re well worth the daunting (heh) fight that lies ahead. What better trophy can one ask for than to wear the hide of your foe?

Dauntless is also getting a rehaul on platinum. From this point forth, 100 platinum costs $1USD. The developers state that this will make it easier to determine how much things cost with in-game purchases. This change will come with an update to store prices, and to anyone with a platinum balance. They will see their balance marked up to match the newer rates.

There were also plenty of bug fixes to Dauntless. You can see the full patch notes here.

Did you enjoy the Game Awards? What’re your thoughts on Frostfall? Let us know!