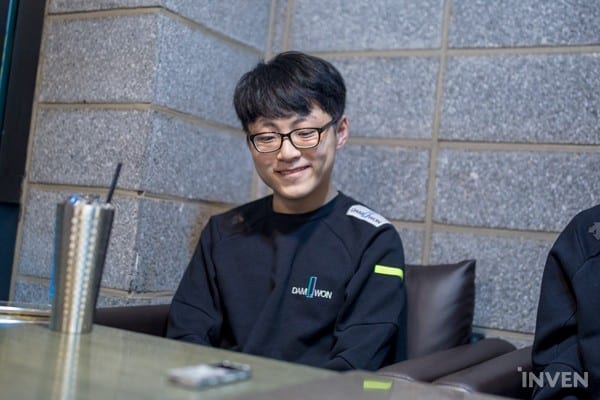 The second game of the League of Legends LCK Spring Split saw DAMWON come up against the Gen.G squad. It was a matchup equally as competitive as SKT T1 vs JAG, However the second game was not nearly as close as the first. Even so, it was an entertaining series which truly kicked off the LCK for 2019!

DAMWON came out swinging with power picks like Cassiopeia, Galio and Kha’zix in the first rotation. Gen.G picked Akali and Sejuani with their first picks and Sion with their second pick. Right off the starting line, DAMWON won the draft and the game. Cassiopeia is the best Carry right now and her damage and outplay potential is great. There is a reason why she had a 100% pick/ban rate in the KeSPA cup. Galio and Kha’zix are great complementary picks which counter Akali and Sejuani as well, forcing Song “Fly” Yong-jun to play Sion.

The next rotation allowed DAMWON Gaming to play whatever they wanted without any punishment. So they picked a comfort pick top in Gangplank and a “protect the adc” support in Morgana. Gen.G further dropped the ball and locked in Varus and Vel’koz, two fairly immobile champions with not much lockdown.

DAMWON Gaming was able to stick to the power picks and got everything they could have wanted. They had multiple win conditions and allowed Gen.G to out draft themselves. Gen.G’s only win condition was to pray that their bot lane could get insanely fed.

DAMWON Gaming ran rampant. The only sign of life was Park “Ruler” Jae-hyuk. The rest of the team did nothing and the mid lane Sion somehow did more damage than Akali. The game started fairly even. By the 15 minute mark, there were no kills and Gen.G had less than a 1k gold lead and a mountain drake. Shortly after the 15 minute mark, DAMWON just started winning every fight and were able to snowball for the rest of the game. Ruler was the sole player doing damage in teamfights, but nobody was able to finish any of the kills. DAMWON Gaming put on a clinic and took the first game with ease.

Gen.G started out by banning both Galio and Cassiopeia in the first phase and were able to first pick Irelia. That allowed DAMWON Gaming to pick both Urgot and Rakan, which Gen.G responded by confirming their solo lanes by picking Viktor and Sejuani. DAMWON Gaming did not want to give away their team composition just yet and finalized their bot lane by picking Xayah to pair her with the Rakan. Their next rotation of picks included Vladimir and Taliyah to finish off the team. Ruler opted to stick with Varus but Kim “Life” Jeong-min picked Leona to try to offer some reliable teamfight crowd control.

While DAMWON Gaming did objectively win the draft phase, Gen.G didn’t lose it as hard as they did in the first game. This game Ruler had much more protection, but Sin “Nuclear” Jeong-hyeon had much more kite potential in teamfights. Once again Gen.G is far behind the draft phase and came out with some very difficult win conditions.

The game did not start out well. Gen.G had no wards in the tri bush and that led to and early death in lane before level 6 in the bottom lane. A nice catch by Han “Peanut” Wang-ho allowed Gen.G a one for one trade and burned the Urgot’s teleport. As the 15 minute mark hit, it was dead even with the only notable advantage being an early Infernal drake by Gen.G. 26 minutes into the game Lee “CuVee” Seong-jin also got caught out of position trying to pick off Nuclear and lost an important scrimmage, resulting in a 3 for 0 kill exchange and a free baron for DAMWON Gaming. That was all DAMWON Gaming needed, who used the momentum and gold to clean up the rest of the game. All they needed was a second baron buff to end the game before the 30 minute mark.

-Nuclear needs to do more damage

-Needs to not give early objectives/kills

-Life needs to not die more than 5 times

-CuVee can’t be so inconsistent

-Peanut can’t carry it all