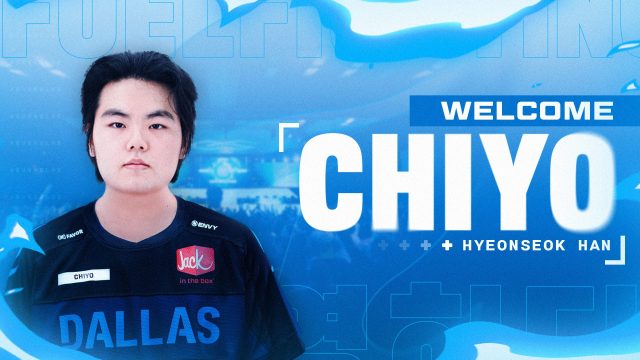 ChiYo’s path to the Fuel

After grinding in Korean Contenders for a couple seasons, ChiYo made his mark playing for Team Griffin. This team held a lot of future Overwatch League talent, including Guangzhou Charge DPS Choi “ChoiSehwan” Se-hwan. Their results were mixed, finishing second in Open Division and fourth in Contenders Trials. But, the team’s talent led their players to promising future teams. In ChiYo’s path, he joined the third generation of legendary Contenders team RunAway, hoping to recapture Contenders titles like the teams’ predecessors. In joining the team, RunAway finished second in back-to-back seasons. ChiYo, in particular, proved his skills on heroes such as Lucio and Brigitte.

However, as RunAway disbanded, most of the RunAway team went to the Overwatch League or continued in Contenders. Three players of that RunAway core joined a team that had beaten them to the O2 Blast season title, including ChiYo. As he worked alongside some familiar teammates, he won the most recent season of Korean Contenders. Now, off of that peak, the Dallas Fuel saw an open spot at main support and decided to take a chance with ChiYo.

With this signing, the Fuel can now start a full starting five for the 2022 Overwatch League season. Their release of Lee “Jecse” Seung-soo left a spot at main support open. Also, re-signing the rest of the team showed that the core of Dallas wanted to stay together. This signing marks their first signing of the offseason and gives Kwon “Fielder” Joon a new healer to work with. Now, fans can see how the Fuel integrates ChiYo into their roster and continues on the strides they have made.