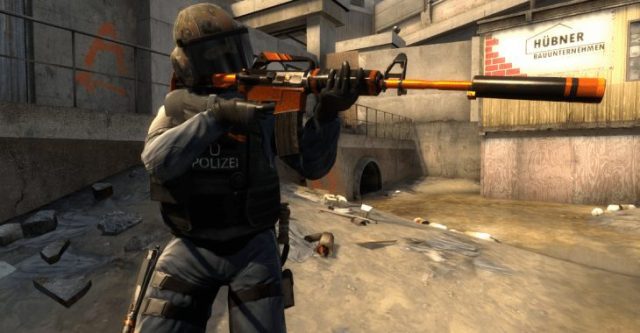 The patch update on March 13 for CSGO put the AUG price up to $3300 and increased the magazine size in the M4A1-S, and now the skin prices for those rifles have seen some significant changes. Being the two major counter-terrorist rifles alongside the M4A4, the skins for those particular guns tend to fluctuate after significant updates such as this one.

M4A1-S gets some love

Up until relatively recently, the AUG had taken the meta by storm. The M4A1-S was barely visible while the M4A4 was somewhat used in CSGO. The tides have shifted, however, and now we are seeing a little bit of a mix-up in the scene. The ct-side is often seen using a combination of the three rifles, a nice sight to behold as this makes for more interesting matches in general. As the M4A1-S is slowly once again getting recognized, so are the skins, and oh boy do we have some beautiful skins for that weapon.

Before March 13, the Hyper Beast was in the $7.50 range. One day later and the price rockets to a new peak of nearly $12 as people get on the M4A1-S hype train. The price is slowly stabilizing ever since, but a significant increase is clearly visible. Many M4A1-S skins followed the same pattern. For instance, Golden Coil’s price jumped from around $14.50 all the way to over $24.

If you have a spare M4A1-S somewhere in your inventory and aren’t fond of the weapon, sell it while it’s still hot. Conversely, if you are craving a new M4A1-S, then perhaps hold on a little longer until the price may dip a little more.

Despite the AUG gun price increase following a backlash of the weapon being overpowered in CSGO, the skins saw a moderate to drastic decrease in price (depending on the skin). If you’re keen on picking one up, this might be your chance to get one.

As an example, here are the prices for a Minimal Wear Stymphalian:

We can see a significant downward trend. Before the update, you could buy a Stymphalian for a hefty $5.50-$7. Now you can snatch one for a mere $3.80-$4.80. Many follow a similar trend. You can now grab a Minimal Wear Aristocrat for around $1.55 whereas earlier you’d have to dish out around $2.40.

You can wait a while longer to see if the prices dip even more, but it certainly is a good time to get an AUG skin for a fair enough price.

What do you think of the price changes? Are you going to be picking up an AUG skin now? Let us know in the comments below and remember to follow us!