CSGO has officially brought back the MP5 - Upcomer

CSGO has officially brought back the MP5 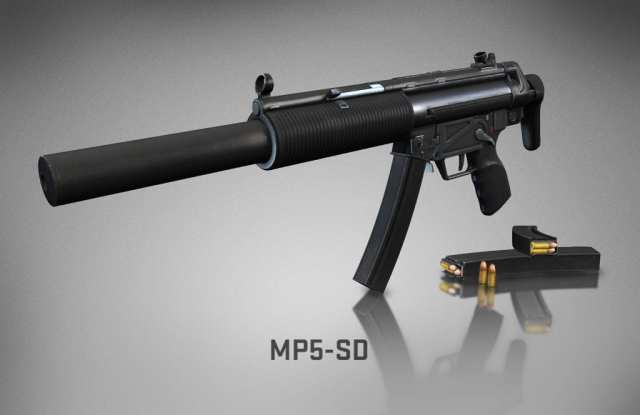 For the first time since Counter-Strike: Source, the MP5 will be making its return. CSGO devs are calling the gun the MP5-SD, a silenced variant of the classic weapon. The development team would tweet out a little teaser video with the gun on their Twitter:

Oh THAT'S where we put that… pic.twitter.com/l3DeEouHYp

The reaction by the CSGO community has been incredibly positive, due to the feeling of nostalgia that comes with the gun. Multiple pros have already given a reaction on Twitter. For example, caster Mohan “launders” Govindasamy would ask the devs “IS IT REAL???” The Twitter account would then answer with an image of caster James Bardolph firing an MP5. MIBR’s in-game leader Gabriel “FalleN” Toledo would respond with, “Learning PR fast”, which many people agreed with. Now-benched G2 Esports in-game leader Nathan “NBK” Schmidt gave a response that aptly described many people’s feelings, “OH MY GOD OH MY GOD OH MY GOD”.

Welcome Back MP5, We Missed You

The MP5 was a staple gun in former Counter-Strike titles, from 1.6 to Source. However, when CSGO would release, they would replace the gun with the MP7. Valve would release a game update shortly after their tweet, and a blog post soon after stating:

Often imitated but never equaled, the iconic MP5 is perhaps the most versatile and popular SMG in the world. This SD variant comes equipped with an integrated silencer and features higher movement speed at the cost of some damage and accuracy on the move. An alternative to the MP7, the MP5-SD is currently available Offline and in Official Casual and Deathmatch servers. Equip the MP5-SD in your inventory, jump into a match, and let us know what you think!

As of publication, there haven’t been any skins released for the new weapon yet. However, in true Valve fashion, we expect the MP5’s debut into Competitive servers very soon. Its drop into competitive servers may actually coincide with a new operation and case. This is to incentivize people to buy the new cases to get the brand new MP5 skins.

As for the meta, the MP5 will be taking the spot of the MP7. It will cost $1500, which will make it a viable force round buy. However, if we compare it to a cheaper weapon such as the UMP, it seems to be a bit better in some situations. For example, the UMP has more damage than the MP5, and also has similar armor penetration. However, the MP5 has better recoil control, slightly better accurate range, and has a faster firing rate. For pros, it may be better for them to purchase the UMP, which is $300 cheaper. This would allow them to buy more utility, such as flashbangs and molotovs. Additionally, the UMP is much stronger than the new gun, and if one’s aim is on point, the recoil shouldn’t matter too much.

I can see the MP5 being a good buy for a counter-eco, but there are many other better options on the table with the same amount of money.

What do you think of the new weapon? Let us know your thoughts in the comments below. If you want more CSGO content, check us out here!