For the first time ever, esports are being played at the Commonwealth Games 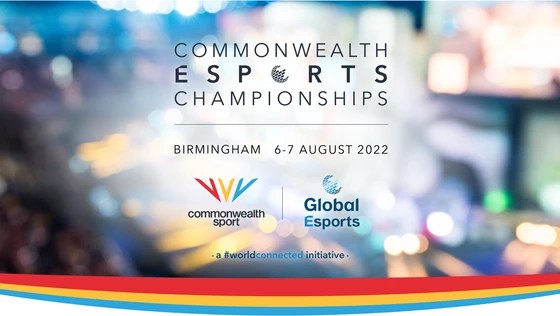 The Commonwealth Games are a global sporting competition bringing together some of the biggest countries in the world. Every four years, the Games invite the entire Commonwealth of Nations to compete in a multi-sport event; England will host the 2022 Commonwealth Games in Birmingham. The games include popular team and individual sports including swimming, athletics, cycling, basketball, hockey, tennis, and more. For the first time ever, esports is included in the Commonwealth Games.

Esports on the global sporting stage

Players, fans, and industry professionals around the world have questioned for years the inclusion of esports at a global sporting level. The debate over whether esports is a legitimate sport has raged for years. The Asian Olympic committee included esports at the 2022 Asian Games. Now the Commonwealth Games have followed suit. With similar games being played, committees have opted for “non-violent” video games, with large player bases, colorful gameplay, and in some cases, real life sport counter parts. At the Asian Games it was DOTA 2, FIFA, and PUBG. Whilst PUBG might be considered “violent”, it has a huge player base in the Asian market. The Commonwealth Games decided on much less violent games, including DOTA 2, as well as sport themed games; Rocket League, and eFootball™ series eFootball™ series (formerly known as Pro Evolution Soccer).

Several countries are taking place in the Commonwealth Games esports championships. These include Australia, Singapore, Canada, New Zealand, Wales, South Africa, and many others. View the full list of countries and their schedules on the official website.

The championship finals for each game are scheduled for August 6-7 in Birmingham; the qualifiers and play-ins have already taken place. The esports competition, like its sporting counterpart, features various events for each esport. There’s opens and women’s competitions.

The esports are heading towards the medal matches this weekend, leaving only four teams left in each competition. The format follows the sporting format, meaning there will be a semi-final and grand final played. The losers of the semi finals will face off in a bronze medal match in order to award bronze medals; these medals will count towards the country’s total medal tally. These are the four teams who will be facing off for the medals this weekend.

As esports is included in the Commonwealth Games for the first time, it was not been easy to track and find results for matches. We’ve done our best to collate results found on Twitch, Twitter, Facebook, and various outlets. Hopefully, in future Commonwealth Games events, these statistics will be easier to track.

Unfortunately, while the Global Esports Federation said they were live streaming games on both Twitch and YouTube, they have not. Some teams have been independently streaming to their own Twitch channels. We’ll update you on the medal results and the conclusion of the games.