Bot laner released alongside others after lack of success in Academy 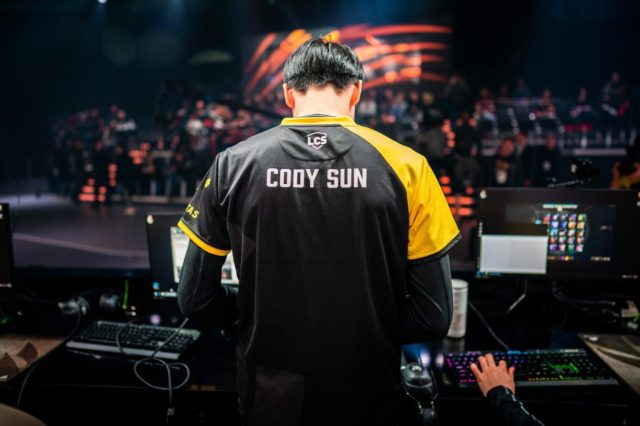 When TSM first signed Liyu “Cody” “Cody Sun” Sun as their Academy team’s bot laner in 2020, he knew his job was to be an insurance policy.

At the time, TSM had undergone a complete roster overhaul after their highly criticized 0-6 run at Worlds, which ended with both Søren “Bjergsen” Bjerg and Yiliang “Peter” “Doublelift” Peng announcing their retirement. They then signed Heo “Huni” Seung-hoon, a player known for having a high ceiling but inconsistent play, and promoted bot laner Lawrence “Lost” Sze Yuy Hui from TSM Academy.

“They made it pretty clear — at least for Hauntzer and me — when we were first signed, we were kind of in the academy team just in case the LCS team needed some extra help from us,” he said. “We didn’t get picked up to be in Academy just to troll or have fun being the subs … We were expected to be the veterans, to sort of lead the rookies and help them get more accustomed to competitive play.”

“Rookies and veterans all have a place in this ecosystem. We believe that a good academy team has a strong balance of the two,” Naidu said. He added that, “A strong academy team helps promote healthy intra-team competition as well as allow the teams to scrim each other, practice matchups and more.”

Today we bid farewell to Hauntzer, Cody Sun, and Sword.

We want to thank you for all your hard work and dedication over the last year. Good luck with your future endeavors 🙏 pic.twitter.com/q1oo7AFkyI

TSM never utilized Cody Sun as a sub in any official LCS matches, and he was eventually released alongside Hauntzer and and Academy mid laner Rico “Sword” Chen just before the start of the 2021 League of Legends World Championship.

When TSM made their announcement releasing the three players before their contracts were finished, they didn’t state any direct reason why. However Cody Sun mentioned it was largely performance-based.

“The biggest reason that they told me was this year, TSM as a whole definitely didn’t meet the expectations that we set for the beginning of the year,” he said. “They basically told us that they wanted to switch things up completely for Academy and not incorporate veterans anymore and mostly just go for a roster full of new and developing talent.”

He later mentioned that TSM made it clear that if they decided they wanted to have substitutes for their starters, like Hauntzer and Cody Sun had been, they would, “just get subs for the LCS teams instead of having a sub from the academy team, because they felt like it wasn’t very effective for the academy team.”

Despite leaving TSM without having to sub in for an LCS game, Cody Sun said he still walked away with some lessons based on the role he played.

Furthermore, he went on to mention TSM’s higher level of operations compared to other teams he’s been on in the past.

“Being in such an established and reputable org really helped me see how one of the top teams in the LCS operates,” Cody Sun said.

As far as his future is concerned, Cody Sun said he has come to the conclusion that he isn’t done playing.

“I basically decided that I want to keep playing and keep grinding and that I have more to show than my results [this year],” he said. “Individually, I still feel like I’m pretty strong as a player. I’ve improved over the course of this year, and I’ve shown that I’ve been able to compete at a very high level. I just have to bounce back, basically.”

That’s why, according to Cody Sun, he has been climbing in League of Legends on a secret account and gaining confidence along the way.

“To whichever team that’s willing to take a chance with me, I’ll prove to them why I’ve been consistently top-three ADC in my career,” Cody Sun said.

Along with Hautzer and Sword, Cody Sun is a free agent going into the 2021 off-season, looking to continue as a bot laner in 2022. The free agency period opens at 8 p.m. ET on Nov. 15.