The Mastery Camos are seemingly growing 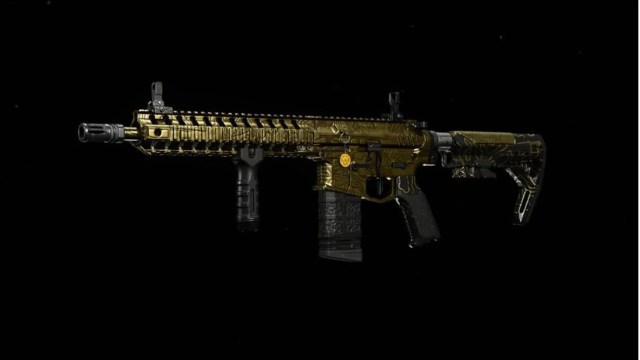 Prior to any Call of Duty launching, there’s always significant hype surrounding the multiplayer’s slate of Mastery Camos. Traditionally, the Mastery Camos include Gold, Diamond, and a final third camo that’s rewarded to players who acquire Gold on every weapon in the game. Not many modern COD titles have strayed away from this trend, although Modern Warfare 2019 did add in Obsidian Camo halfway through its life cycle, which was another Mastery Camo. Despite all of this, it seems that Modern Warfare 2 will be making some changes to the Mastery Camos formula.

According to a well-known COD leaker and streamer, MW2 will feature four Mastery Camos at launch in multiplayer. The leaker also identified the names of the camos and described how they look in-game. It’s worth noting to take this leak with an extra pinch of salt, as leaks regarding Mastery Camos in the past have turned out to be inaccurate (See Vanguard’s Red Aether camo that was leaked before launch).

Regardless, we’ll be going over these leaks below.

The leaker who posted the details about the Mastery Camos is @Metaaphor, a popular COD streamer. Metaaphor has accurately predicted a few different pieces of information over the last couple of months, including details about Warzone 2 that ended up being correct.

Metaaphor, who has supposedly seen these camos in-game, posted all four of the apparent Mastery Camos along with a description of them.

Going down the line, we’ll be listing what Metaaphor has said about each camo.

For what it’s worth, fellow leaker @TheGhostOfHope has corroborated two of these leaks, saying they’ve also seen Gold and Shattered Dark Matter Ultra. Hope claims that the Gold Camo looks on par with Black Ops 1’s version. Metaaphor also claimed that more Mastery Camos could be coming in the future, due to there being multiple tabs on the camo page in MW2.

It’s currently unclear how players will go about unlocking the Shattered Dark Matter Ultra and Space Camo. It’s likely we won’t know any concrete information about the Mastery Camos until the Modern Warfare 2 embargo lifts on Oct. 27.