Three weapons could be coming in Season 1 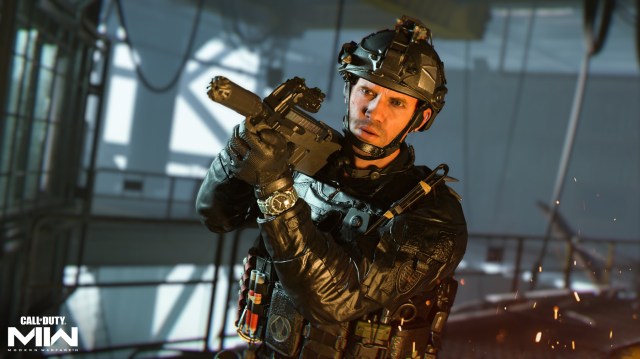 Even though Call of Duty: Modern Warfare 2 is only a week old, leaks and other information for the upcoming Season 1 are already starting to roll in.

Yesterday, we received news from Treyarch that Ranked Play is arriving sometime in 2023. Although, a CDL Moshpit Mode would precede that with an introduction at the start of Season 1 on Nov. 16. That reveal was followed up by a new leak from a reputable Call of Duty leaker who claimed three new weapons would be arriving with the first season of MW2.

The leaker in question is @TheGhostOfHope, who has accurately predicted a plethora of details for Modern Warfare 2 alone. Their newest report states that three specific weapons, and their Weapon Platforms, will make their debut in Season 1.

While TheGhostOfHope is seemingly leaking this information, it’s not much of a stretch to say these three weapons are coming in Season 1. All three were seen in an early build of MW2 multiplayer during the early access Campaign period. Then, when the full game was released, these three specific guns were removed, which leads us to believe Activision is saving them for Season 1.

The three weapons include the Honey Badger, which will go by the name “Chimera.” Then, we have the SIG MCX and SIG MPX, the former being the M13 assault rifle and the latter being the BAS-P submachine gun. Both of these guns are included in the MW2 Campaign, so it’s not surprising to see them arriving in multiplayer so soon.

As of right now, it’s unclear if all three guns will be available at the start of Season 1. The likely scenario is that one will be saved for the Season 1 Reloaded update. Although, TheGhostOfHope says that more weapons could arrive throughout Season 1, so fans could still see more that are still unknown.