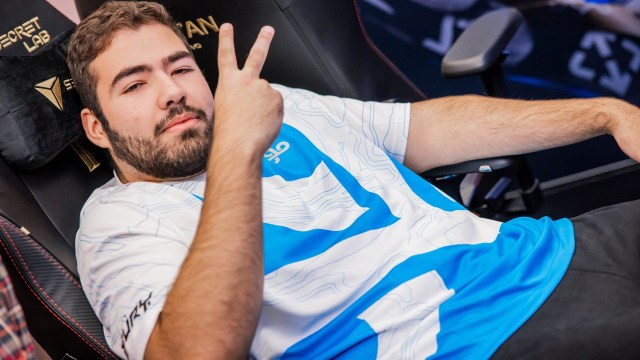 Provided by Riot Games/Getty Images/Colin Young-Wolff Fudge chills in the top lane on Ornn as C9 takes NA's first win at Worlds 2022 at the start of Week 2.

Heading into Week 2 of the League of Legends Worlds 2022 group stage, there seemed to be no end to North America’s nightmare. After a historically bad first week that saw all three NA teams start off 0-3, it seemed increasingly likely that there was a better chance for NA to go 0-18 than not. But of course, leave it to Cloud9 to carry the hope of NA. In the first game of the second round robin, Cloud9 broke their terrible NA loss streak — and avoided yet another embarrassing stat — as they kept their Worlds 2022 hopes alive with a decisive win over Fnatic.

NA IS ON THE BOARD:@C9LOL DOMINATE @FNATIC IN THE FIRST GAME OF THE DAY! #Worlds2022 pic.twitter.com/qSbcnoRF6c

The League Championship Series champions had high expectations heading into Worlds 2022 as they tore through NA, but during Week 1 of the group stage, they were the ones being shredded. With the team playing towards their top laner Ibrahim “Fudge” Allami, who picked carry-style top laners in all three games during the first round robin, C9 didn’t even manage to take a single tier-two turret let alone win a game.

But with a couple of days off, something seemed to click with the team. In their rematch against Fnatic, the LCS champions played like it for the first time on the Worlds stage. With Fudge being put on a tank champion, the map opened up for the rest of C9 and they took control of the game early and never let it go. With the crowd roaring, C9 picked up a tier-two turret, an inhibitor and of course the Nexus. C9 picked up a win to bring their record to 1-3 and NA’s record to 1-9.

While the win is a sigh of relief for the NA hopeful, the journey is still treacherous. C9 still has two games left today and will have to win them both against the League Champions Korea second seed T1 and the reigning Worlds 2021 champions Edward Gaming. A single loss against either of those teams will eliminate Cloud9 from Worlds 2022. But with C9 playing like they did and with them building much-needed momentum and confidence, hope for NA has returned, and it’s not like C9 hasn’t run the gauntlet before.