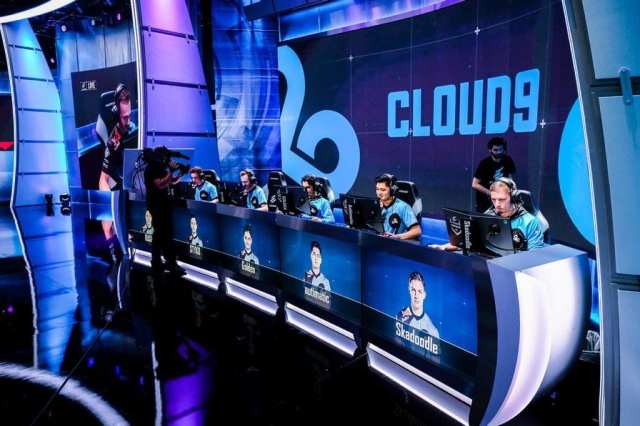 After confirming the signing of in-game leader Maikil “Golden” Selim, Cloud9 announces that they will be trying out support player Martin “STYKO” Styk until September.

We are happy to announce that @STYKOcsgo will be staying on our #C9CSGO roster through September as a Stand-in! The Major is coming, time to prepare for it! #LETSGOC9

STYKO has been a stand-in for the team since late June. He would compete at ESL One Cologne and the 2018 ELEAGUE Premier with the squad. Although the team would not find much success at those tournaments, Cloud9 states that he “has quickly acclimated to the team and organization”. Mousesports would bench STYKO in favor of their new addition, Janusz “Snax” Pogorzelski in June. However, he did not have much practice time with a solid roster until now.

Glowing Praise for the Support

Styk has performed with a different in-game leader in every tournament he’s played with Cloud9. Therefore, having more time to build synergy with Golden should be good for his growth.  Soham “Valens” Chowdhury, Cloud9’s CSGO head coach, had high praise for STYKO, saying, “I am extremely excited to continue working with Martin. It has been clear from day one that he deserves to be competing at the highest levels, and he has an incredible mindset for a team game. All of us are looking forward to showing off a revitalized Cloud9 at the major, and we expect Martin to be a huge part of it!”

This means that STYKO will compete for Cloud9 at the upcoming FACEIT London Major, where they will be defending their title as Major Champions. He will also compete at BLAST Pro Series Istanbul. Cloud9 will probably decide whether or not to keep him when his trial ends in October. This coming Major will be the greatest test for STYKO yet, and will likely be the main factor into whether he stays.

These past few months have been a rollercoaster for the roster of Cloud9. Right after winning the ELEAGUE Boston Major, they would lose star fragger Jacky “Stewie2k” Yip to SK Gaming. After picking up STYKO as a stand-in for ESL One Cologne, they would lose long time in-game leader Tarik “tarik” Celik to MIBR.  The first North American team to win a Major never looked the same. ESL One Cologne and the 2018 ELEAGUE Premier were also a wash for the team. This is due to not having enough practice time with each other, so team synergy was low.

Now, after seeing what Golden could do as the new in-game leader, people thought Cloud9 would opt for more firepower. Many people were throwing several big free agent names out as possible fifths. Examples were recent FaZe Clan stand-in Cromen and benched G2 Esports players NBK and apEX. Also, a few Cloud9 fans were teased about Team Envyus rifler, ScreaM. However, Jack Etienne, CEO and co-founder of Cloud9 seemed confident, stating, “We’re thrilled to have STYKO with us heading into the London Major. The promise we’ve seen in him gave the players, coaches and management the confidence needed to extend his trial, and we’re grateful to have him with us.”

Hopefully during the player break, STYKO and the rest of Cloud9 are able to find some kind of synergy between each other. Who knows, maybe they pull of the impossible and defend their Major title come this September.

What do you think of Cloud9 extending their trial with STYKO? Let us know your thoughts in the comments below! If you want more CSGO content, check us out here!