Clayster says he "neglected to secure employment" for 2023 CDL season

Clayster says he “neglected to secure employment” for 2023 CDL season

One of the greats might be out of a job 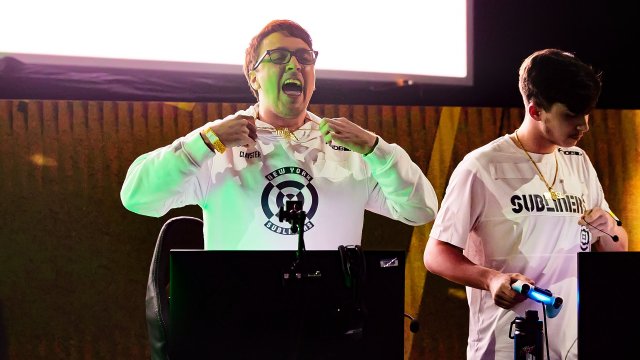 Provided by CDL Clayster was released from the New York Subliners earlier this offseason.

James “Clayster” Eubanks’ first time as a free agent in years has supposedly not gone according to plan.

The three-time world champion took to Twitter earlier today to reveal that he has yet to secure a spot on a Call of Duty League roster for the 2023 season. Part of this appears to be related to a personal issue that Clayster is currently going through. On ZooMaa’s stream earlier this week, Donny “Temp” Laroda stated that he would talk about potentially teaming together on the Las Vegas Legion with Clayster after his rough patch has reached a stable position. The previous rumor was that Las Vegas was strongly going after Clayster to fill its empty AR role. It’s unclear if that remains a possibility. This is Clayster’s first time as a free agent in the CDL after he was released by the New York Subliners this offseason.

However, Clayster tweeted that a “certain team basically offered [a roster spot]” but then that team went a different direction. The former Subliners player stated he passed up other team offers to go with this mystery team, but it doesn’t seem he has a spot on that particular roster. It’s unknown what team Clayster is referring to in this tweet.

From winning b2b champs 2 years ago on the day to out of the league. Was willing to come considerably down on my salary and contract terms. Got absolutely hoe’d by a certain team basically offering and me passing up teams to then have that team go a diff direction. Lost options.

In a final tweet on the matter, Clay said he is “holding out hope that I get a starting position somewhere but it’s looking bleak.”

What CDL team can Clay join for next season?

At the moment, there are still a few CDL organizations that have unannounced rosters. Florida, Las Vegas, Boston, and London are among those teams. At various points, Clayster was linked to both Boston and Las Vegas, with the latter seeming like a more likely destination. Boston was also in the mix, but then Anthony “Methodz” Zinni revealed he would be remaining on the roster for 2023. Since Methodz is a Main AR, that presumably would have been Clayster’s spot on the roster. Boston therefore could be the mystery team Clay refers to in his tweet, but we’re still unsure.

At this point, it seems like Clay’s highest chance to get on a roster lies with the Las Vegas Legion. The team isn’t known for paying high salaries, but Clayster revealed he’s been willing to “come considerably down on my salary and contract terms.” Perhaps this, paired with Temp’s apparent desire to at least entertain the idea of teaming with Clay, will result in a starting spot for the three-time world champion.