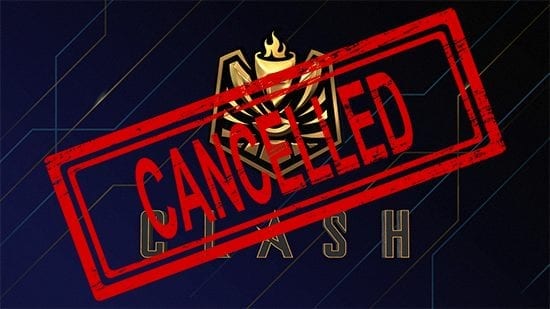 In a total bummer of a news release, Riot Games has announced that the inaugural League of Legends Clash tournament has been cancelled in North America. Citing critical technical issues as the primary reason, Riot states that they weren’t confident in the experience that the players would have had.

As we posted yesterday, Clash was a competitive feature that made it possible for regular gamers to compete in tournaments. Upon launch, anybody would have been able to create a team and participate. With a comprehensive bracket system and many new and exclusive rewards, the community was excited to get going with the competition. Unfortunately, the opportunity to show off your skills and become the ultimate carry has been indefinitely postponed.

While the tournament mode did see it’s initial launch take place in some Asian regions, the players immediately experienced serious technical issues that hadn’t surfaced throughout the beta testing phase. As a result, Riot decided to make a judgment call and cancelled the launch on Western servers.

Clash Update: as much as it pains us to make this call, we've decided to cancel the entirety of this weekend's Clash tournament in EU due to critical technical issues. We know many of you arranged your weekend schedules around the tournament and we're sorry to let you down. (1/2)

You will get any spent tickets back. The team is working hard to get things back on track and there will likely be Clash tests in certain regions around the world as we explore fixes, but Clash weekend 1 is officially cancelled here in Europe. Clash is down, but not out. (2/2)

The community has undoubtedly had a lot to say about this development. There has been serious backlash on outlets like Reddit, Discord and the official League of Legends forums. Players that cleared their schedules and made time for their matches are obviously disappointed. Nevertheless, the reaction would have probably been worse if the mode had actually launched with all of its issues.

While this setback is definitely a huge letdown for the players, Riot promises that the mode will make its appearance eventually. For the time being, all entry tickets will be preserved, and any spent tickets will be returned.

UPDATE: As consolation for the loss of Clash, ARURF mode has been enabled!

While it sucks that Clash was cancelled, do you know what doesn’t suck?! AR URF mode! As compensation for the loss of Clash, Riot has enabled one of the most requested game modes of all time. Ever wanted to run down Howling Abyss and mash faces with all of the insane glory of Ultra-Rapid-Fire? Now is your chance. This exclusive game mode is only available over the weekend; enjoy it while you can!