Everything you need to know about Paper Rex, BOOM Esports, and XERXIA 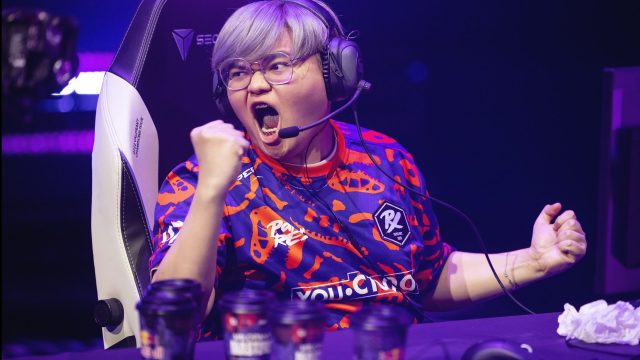 From Aug. 31 to Sept. 18, VALORANT teams from every corner of the globe will be looking to make their name at Champions Istanbul. This series will introduce fans to all the teams competing at Champions, beginning with those from the Asia Pacific region. Following a historical performance from Paper Rex at Masters Copenhagen, APAC teams will be must-watch coming into Champions.

APAC has become known for their legendary “W key gaming” brand of in-your-face aggression. And if you’re looking for one team that’s come to define W gaming, look no further than Paper Rex. At Masters Copenhagen, Paper Rex proved to the world that there’s more than one way to play VALORANT at the highest level.

Paper Rex have emerged as the clear number one team in APAC.

“It’s pretty clear that Paper Rex are a league above,” Kentrell “heyimquack” Kwek, a Singaporean commentator and analyst, said.

Heyimquack is Paper Rex’s team handler so he’s well-acquainted with the team. He was in Copenhagen with the team when they placed second at the event, redefining what’s possible for APAC teams to accomplish in first-person shooters.

“They’ve done more than make a name for themselves,” heyimquack said.

Paper Rex is a team filled with lovable personalities, none more so than in-game leader Benedict “Benkai” Tan. According to heyimquack, the team is just as wholesome as they appear. From quirky pre-game traditions to hanging out outside of the server, Paper Rex are a team full of individuals who genuinely like one another.

“It feels like they’re more of a family, rather than just a team,” heyimquack said. “Paper Rex, they really are that close.”

The core of Paper Rex has been competing together since 2020, first in Counter-Strike: Global Offensive, then in VALORANT. The final piece of the puzzle was the addition of their star duelist Jing Jie “Jinggg” Wang. Since then, the team has only gotten better. If any APAC team at Champions is going to claim the trophy, chances are it will be Paper Rex.

There’s only one problem. Any opponent worth their salt will have studied Paper Rex’s grand final match against FunPlus Phoenix at Masters Copenhagen to death. FPX showed that with enough patience, structure and crisp headshots, there is a way to shutdown Paper Rex.

“They do have an Achilles’ heel,” heyimquack said. “We saw that in the grand finals against FPX.”

Paper Rex has been undergoing intense preparations since their run at Copenhagen, including a bootcamp in Singapore. They’re a team that knows how to innovate. That means finding a way to push their game even further.

“It’s gonna be like a musician or a band releasing their next album,” heyimquack said. “They’re gonna have the same flavors, the same style, the same elements that make them Paper Rex, but it’s definitely gonna improve. Losing to FPX was one of the biggest takeaways they had from Masters 2, from Copenhagen. They’re definitely going to try to find ways to work against the EU style that they don’t enjoy playing against.”

One thing is certain, Paper Rex will still be all about having a good time. For a team whose main goal is just to attend every international event, everything else is just gravy.

“Every time I talk to them, they’re always just, ‘No it’s ok,'” heyimquack said. “‘No sweat. We’re here to try and we’re here to have fun. We’ll take it one game at a time.’ And that’s what they do best.”

Out of the three APAC teams going to Champions, BOOM Esports are the biggest question mark. The Indonesian team won the APAC Last Chance Qualifier, beating out favorites Bleed eSports and Team Secret. Like Paper Rex, BOOM showed how scary relentless aggression can be when everyone on the team is working together with one goal in mind.

“They brute force their way into every single round and it’s so fun to see,” Natasha “TashBunny” Hidayah, a VCT APAC host, analyst, and shoutcaster, said. “They’re a team that’s really heavy on momentum. You give them an inch and they take a whole mile.”

Throughout their LCQ run, a lot of attention was directed at two players on BOOM: Saibani “fl1pzjder” Rahmad and Fikri “famouz” Zaki.

Then there’s famouz. Like Jinggg on Paper Rex, famouz was the recent addition who gave the team that extra kick they needed to push them over the top. If you’re going to pay special attention to one BOOM player at Champions, watch famouz.

“Bringing in famouz gave them a lot more confidence and a lot more firepower,” heyimquack said.

Unfortunately for BOOM, their placement at Champions puts them in a group with some heavy-hitters: OpTic Gaming, LOUD and ZETA DIVISION. Their very first match is against OpTic, considered by many to be the best team across the first two years of the VALORANT Champions Tour.

“I think it’ll be very tough,” TashBunny said. “I’m a bit scared for them, but seeing how they’re so determined, seeing how their mindset has been — I mean, we saw how happy they were to make it — I think this is a very, very hungry team who really wants to make it far.”

While BOOM are in many ways similar to Paper Rex — the two teams are even quite friendly on account of their shared Indonesian connection — they still have a ways to go if they want to be Paper Rex V2. A strong showing at Champions would be fantastic for BOOM’s biggest foray into international VALORANT.

The third and final APAC team attending Champions is XERXIA. No APAC team has attended more Masters and Champions events than the Thai team, whose roster previously played under the X10 CRIT banner.

Unlike Paper Rex, the team has never been able to notch a top four finish.

“For them, their runs have always been cut short, especially during groups,” TashBunny said. “It’s not that they’re not good… It’s pretty crazy seeing how far away the skill gap between Paper Rex and the rest of APAC can be.”

In 2021, XERXIA (then X10 CRIT) had an impressive showing at Champions 2021 when they made it to playoffs. In 2022, they couldn’t put together a serious showing at either of the two Masters events they competed at.

“They seem kind of stuck,” heyimquack said. “It’s almost as if there’s some barrier they just couldn’t break through, at least for Copenhagen.”

Despite constantly pushing strong teams to their limit, XERXIA are a team that’s struggled in the big moments.

“At times, they do have problems when it comes to that confidence,” TashBunny said. “I’m really hoping they’re able to fix their mental moving forward.”

No one doubts that the roster is capable of great things. Unlike BOOM and Paper Rex, XERXIA take a more measured approach to their gameplay. Led by Itthirit “foxz” Ngamsaard, XERXIA are little more strategic and reactive than their APAC counterpart teams at Champions. And when they do nail their execution, they look downright unstoppable.

While XERXIA’s prognosis at Champions may seem bleak, there is still hope. It comes in the form of Nutchaphon “sScary” Matarat. Outside of the server, XERXIA’s controller player is quiet and unassuming. In game, he’s an absolute terror. Unafraid to push his own smokes or take aim duels, sScary is XERXIA’s secret weapon and a potent threat against even the best teams in VALORANT.

“Mechanically he’s so good,” TashBunny said. “Great at taking advantage of distractions from his teammates.”

Overall, APAC is fielding three strong teams at Champions. And while all the attention will be on Paper Rex, any of the three is capable of putting together a run. One thing is certain, the whole of the APAC region has come far since the start of the VCT.

“The whole scene is growing,” heyimquack said. “There’s still a lot of room for growth, quite frankly, but it’s rising. It’s getting there.”