Major IV was a major stepping stone in 2022 season 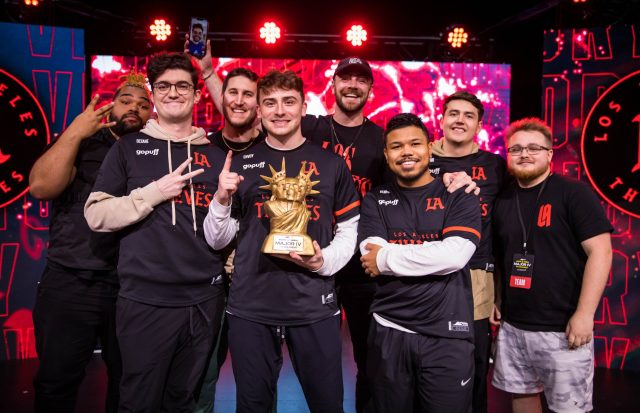 In arguably the best event in Call of Duty history, the LA Thieves took home a victory at CDL Major IV on Sunday. The tournament at the Kings Theater in Brooklyn, New York was one for the record books. An incredible venue and crowd, intriguing storylines, exciting matches and a couple of Cinderella runs made this event one to remember.

The tournament culminated with the LA Thieves defeating the hometown Subliners in the grand final, a matchup between two of the more unexpected final teams in recent memory. Because of all this intrigue and top-tier play from the 12 CDL squads, there were several takeaways from Major IV. These takeaways will be on full display at CDL Champs, which takes place in just over two weeks.

There’s not much left to say about Call of Duty: Vanguard. It’s one of the least successful Call of Duty titles of all time, and players in the competitive and casual community are likely already in the waiting room for Modern Warfare 2. However, Vanguard’s reputation was shattered even further Sunday during the Major IV grand finals. Dylan “Envoy” Hannon of the LA Thieves were the victim of the “ladder glitch” on Bocage, which forced him into a position that got him killed. This glitch has been in Vanguard since February but was never fixed, and it almost cost the Thieves a championship.

Despite all of that, though, Vanguard can also be one of the most enjoyable COD titles to watch competitively. Because of how unpredictable the game is, matches are usually incredibly tight. It seems any team, except for Paris, can win at any time against any opponent. So while Vanguard is certainly a mess from a gameplay standpoint, it can be a sight to behold when two teams are fighting for a championship.

2. Champs is as wide open as ever

To say that Champs is anyone’s event to take would be an understatement. There has never been a more competitive year of Call of Duty. Six different teams have won events this season, yet Atlanta FaZe, who lead the CDL in points, have yet to win. At Major IV, the LA Thieves and New York Subliners came into the event not even having qualified for Champs, but both made it to the grand final. Every event winner, except for the LA Guerrillas, will be attending Champs. The list goes on as to why Champs should be the most competitive event we’ve seen in some time.

Picking a winner should be close to impossible. On any given day, any given team can turn into an unstoppable force. We’ve seen it with OpTic Texas, LAG, Seattle Surge and now the LA Thieves. Champs could very well be decided by who has the favor of the COD gods on a specific day. We’d like to say the best team should win, but with Vanguard, anything is possible.

3. The team who wins Control, wins the match

In almost every match at CDL Major IV, Control was the ultimate swing mode. Teams would consistently go up 2-0, then lose the Control and end up being reverse-swept. Even if teams were tied 1-1, the team that won the Control map usually won the series. Despite matches only seeing one Control played, with the exception of the grand final, the superior team in the mode has a distinct advantage.

It’s the swing mode, and the team that wins Champs will likely have a sparkling record in Control throughout the event.