CDPR is making a commitment to multiplayer 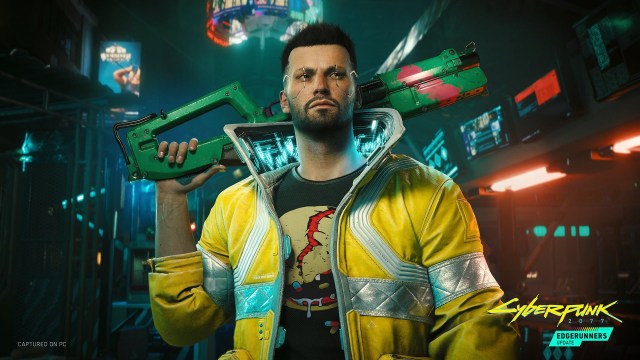 Provided by CDPR Cyberpunk 2077 was thought to feature multiplayer, but that never came to fruition.

In total, the developer announced seven new video games and one expansion. These games are spread across The Witcher and Cyberpunk universes along a brand new third IP that is a mystery as of now. Any single-player video game fan is presumably excited at the thought of exploring The Witcher universe again or perhaps seeing a Cyberpunk game that’s fully fleshed out. However, multiplayer fans have the right to be hopeful for the future as well.

In addition to the announcements around the new games, CDPR also revealed that it will begin to include multiplayer gameplay in “most of [their] new games.” CD Projekt RED has never really taken a true crack at a multiplayer mode in any of its IPs. The notion of multiplayer coming to Cyberpunk 2077 was always on the table and thought to even be in development at one point. It was revealed that CDPR had to scrap the idea since the rest of Cyberpunk 2077 needed more attention.

It’s unclear exactly what the plans are for any multiplayer experience down the line. This could simply be another crack at Gwent in the upcoming Witcher games or something else entirely. Perhaps actual PvP combat will be the focus of a multiplayer mode, similar to what FromSoftware has done with Elden Ring.

At this point, though, all of this is pure speculation. The next new title from CDPR is still years away, so we likely won’t hear anything further regarding multiplayer for some time. Still, it’s something to keep an eye on moving forward.