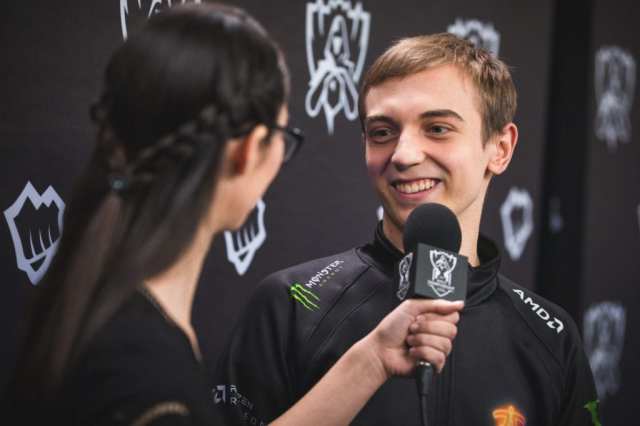 Caps is coming off of one of the best seasons in his career. He would help Fnatic win the EU LCS 2018 Summer Split, and capture himself the MVP honors for that season. He would then help propel his team to the Grand Finals at Worlds 2018. Many consider him the best mid laner in the West, over the likes of Perkz and Soren “Bjergsen” Bjerg.

His rival in Europe, Perkz, would also have a decent season. Although G2 would not reach the same heights as they have in the past, they would still make it to the Regional Qualifiers. There, they would defeat Splyce and finally Schalke 04 to qualify for Worlds. At Worlds 2018, the team would defy many fans’ expectations. They would stun the world by taking down tournament favorites, Royal Never Give Up, in the quarterfinals. Ultimately, the team would fall to the eventual World Champions, Invictus Gaming. Caps and Perkz are considered two of the best mid laners in the West. Now, they are joining forces in the LEC.

With the introduction of franchising to Europe, multiple players have switched teams across the league. However, this acquisition may be the biggest move of the offseason, and it’s only day one. With Caps moving to G2 Esports, this dramatically decreases the chances of Fnatic repeating as LEC champions. Caps had a breakout year in 2018 and would become a staple piece for Fnatic in their future. With him moving away, they now have a huge vacancy to fill, as their gameplan would flow through him in many games. Fnatic has lost a giant portion of their firepower, but they will need to pick up someone quick if they wish to stay relevant in 2019.

Meanwhile, G2 Esports suddenly becomes one of the favorites to win the 2019 LEC year. With the mechanical brilliance of both Caps and Perkz on the team, their potential is virtually limitless. The only question mark will surround Perkz in the bottom lane. This will be the first time that the talented mid laner will be playing as ADC for G2 Esports. Additionally, G2 Esports is also rumored to be picking up coach and support, Mihael “Mikyx” Mehle. Could they possibly find synergy together, with a first-time duo and a first time ADC?

Now, as of the first day of the offseason, the possible lineup of G2 Esports has Martin “Wunder” Hansen in the top lane, with veteran Marcin “Jankos” Jankowski in the jungle. The team will then field Caps in the mid lane, with Perkz as their new ADC. There hasn’t been any confirmed news on the status of current support Kim “Wadid” Bae-in, whose contract ends in 2020. If anything, the rumors on Mikyx could be all false. Wadid was a pretty good support for G2 Esports during their 2018 campaign and should work well with Perkz due to their already-existing synergy together.

What are your thoughts on Caps possibly joining G2 Esports? Let us know what you think in the comments below! If you want more League of Legends coverage, check us out here!