Can you still play Warzone 1?

Can you still play Warzone 1? 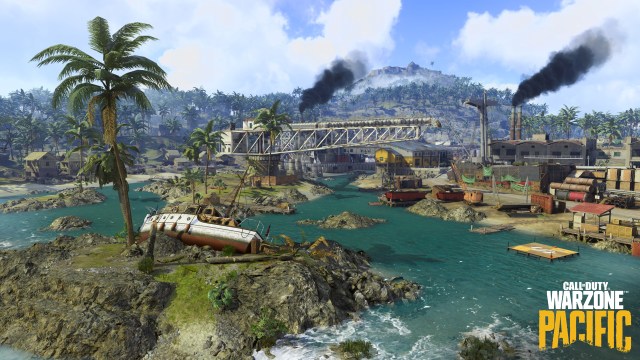 Call of Duty: Warzone 2 was released over one month ago and a majority of the community has made the move to the new battle royale experience. Of course, most players transitioned from the original Warzone, which was all but replaced by the sequel.

However, fans of the original Warzone 1 have wondered if they can still play the original battle royale experience that captivated the world at the beginning of 2020.

Warzone 2 is the new primary BR mode in Call of Duty. Activision has allocated all of its resources to the sequel and has been pushing players to play it. This has been quite successful, as Warzone 2 saw over 3 million players hop online in the first few days alone. Since then, millions of other players have experienced the new mode for the first time as well. While Warzone 2 is the shiny new game, it’s not for every player. Whether it’s the new map Al Mazrah or the plentiful changes that the developers made to mainstay features from the original Warzone, some players haven’t enjoyed Warzone 2 nearly as much as the former game.

For this reason, players have wondered if they’re able to go back and play Warzone 1. At the time of writing, you are able to access Warzone 1 on every platform it was available on prior to Warzone 2’s release.

The original game has been renamed to “Warzone Caldera” and can be accessed by using similar methods as before. On consoles, you simply need the Warzone Caldera application downloaded. On PC, you need Battle.Net installed, but you can only access Warzone 1 through the Modern Warfare 2019 launcher. You can modify your installation of that application to only include Warzone Caldera.

If you’ve looked to play Warzone 1 previously but couldn’t, you likely tried during its down period. After Warzone 2 was released on Nov. 16, Activision took down Warzone Caldera’s servers. At the end of November, the servers were turned back on, giving players the chance to play the game again.

Keep in mind, that the game likely won’t be updated much, if at all, in the future. Activision’s full focus is on Warzone 2 and Modern Warfare 2, so Warzone 1 could have some bugs/overpowered weapons that might take a while to get fixed.