CadiaN and refrezh become internet sensations at the PGL Major

CadiaN and refrezh become internet sensations at the PGL Major 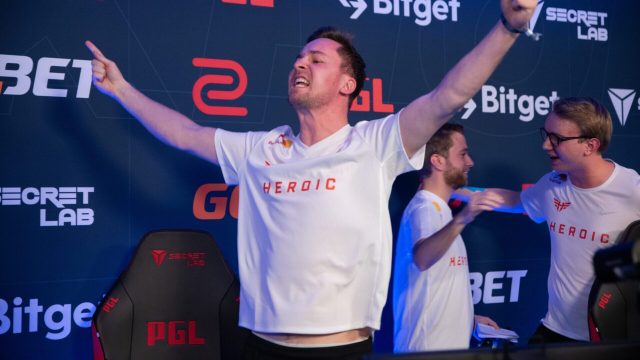 Provided by PGL Casper "cadiaN" Møller celebrates after a win at the PGL Major.

CadiaN is the in-game leader, AWPer and thumping heart of Heroic. He’s never been shy to react and celebrate profusely; a trait for which he’s even drawn criticism in the past. But if there was ever a place for cadiaN’s boundless energy, it’s the Avicii Arena in Stockholm, Sweden at the PGL Major.

After a particularly intense play, where Heroic won the round over their opponents Virtus.pro, cadiaN provided us with an instant meme classic. And, of course, the internet reacted.

“Me vs. Me talking to tech support… @caspercadiaN.”

And, of course, the matchup between Heroic and VP didn’t just deliver memes. It also provided one of the most brain-rupturing highlights of the PGL Major so far. CadiaN’s teammate refrezh completed an absolutely absurd Deagle 1v3 that gave plenty more occasion for celebration. Apparently, cadiaN’s not the only one who can execute a clean pop off.

Refrezh is no stranger to insane clutches. His 1v5 against Team Liquid to secure overtime on Inferno in the ESL Pro League Season 14 is already one for the history books. It won’t be easy to decide which of the two clutches is better, given the fact that his Deagle clutch is on the big stage, in front of a crowd at a major.

Once again, the internet responded to refrezh’s 1v3 on Ancient.

Now that's how you kick things off for the playoffs. Absolute madness from refrezh! #PGLMajor

“Now that’s how you kick things off for the playoffs. Absolute madness from refrezh! #PGLMajor.”

What a play from refrezh

“What a play from refrezh”

“@refrezh WITH THE DEAGLE 3K.”