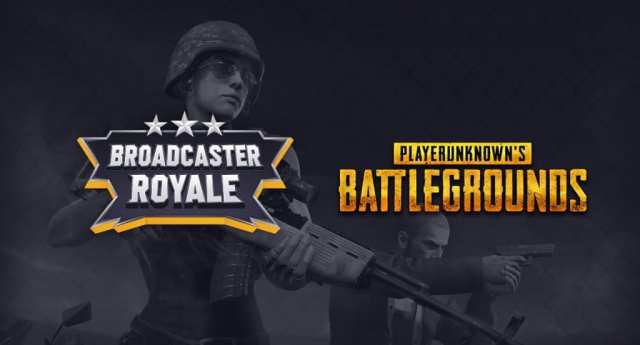 Another day, another PUBG tournament. This time, we’re expected to see some of the most popular PUBG streamers battle it out. But that’s not all. YOU can participate too!

What is the Broadcaster Royale?

The Broadcaster Royale is a Duos competition for average PUBG players and popular streamers to play across five regions and compete against each other for a massive $300,000 prize pool.

The popular PUBG streamers have secured their spots in the invitational qualifiers. However, the rest of the competition will be going through open qualifiers to compete in the finals.

When will the qualifiers and finals take place and how will they work?

To secure a final spot, the invitational groups are to play in the invitational qualifiers. The teams to come out on top will enter the regional final stage to earn a spot in the grand finals.

The open qualifiers work in the exact same way and the top team in the regions will enter the grand finals. As a result, the grand finals will end up with one invitational team and one open team.

The competition will be running over the next two months. Due to that fact, the main focus is on the PUBG Global Invitational event. To see more details on the PGI, you can visit our PUBG posts here.

How to enter the tournament?

As of June 17, the registration period is closed for all regions and qualifiers. At the present time, the standings are still disclosed as there is a large number of applicants for the open qualifiers. Though, PUBG will be posting frequent updates over on their Twitter page.

Alternatively, you can keep updated on the official Broadcaster Royale website.

My predictions for the Broadcaster Royale

Although I’m not taking part myself (which would be amazing) the broadcaster royale is very exciting. Not only is it giving aspiring streamers a chance to grow, it’s also a chance for average PUBG players to unleash their talents and to show the streamers who’s boss.

My prediction for the tournament is that the popular streaming duo Shroud and Justin will make it to the regional finals. However, they will be faced with an average team that pulled the win out of the bag last minute. Hopefully an EU team will be representing the open regional finals.

My thoughts on the grand finals are very difficult to express as it is a long time to wait. Although, I believe a non-streaming team will grab the win.

We’ll have to wait and see! Until then, let us know your thoughts in the comments.