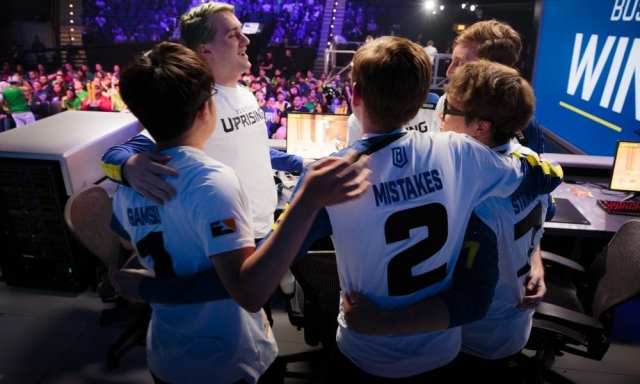 At the time of writing this, Boston Uprising is passing through Stage 4 of the first season of the Overwatch League. They are winless this stage, being 0-6 and immediately out of Stage 4 playoff contention. At the same time, the first seed New York Excelsior just lost their first game in eight to the Los Angeles Valiant. Boston is still in season playoff contention, thanks to consistent play throughout the first two stages.

But the main reason they are (or at least were) considered one of the top teams in Overwatch League was due to their performances from the last weeks of Stage 2 all the way to the end of Stage 3. They started winning at the end of Stage 2 against a variety of opponents, some challenging and the others a bit easier. They weren’t considered top dogs for stage or playoff contention, known as a mid-table team with some great players. But then, their infamous streak that now officially won’t be matched until at least next season started to take fruition. Let’s go back in time to:

Their first two wins of their record winning streak started with an easy 4-0 sweep against a very distraught Dallas Fuel side. But it was the Uprising’s 3-2 map 5 win over the London Spitfire that made fans start to look at this team. That match was extremely close, with each team taking a map as soon as the other won. Boston ended up the victors on the tiebreaker map Ilios, which was a small upset against a powerful Spitfire team. While the Spitfire was almost foreshadowing their surprising loss in the stage 2 playoff semi-finals, Boston was rolling. With two close 3-2 wins against the San Francisco Shock and the Los Angeles Gladiators, they got more confidence. Yes, the games were very close and maybe they got a bit lucky on a few maps, but wins are wins.

As the stage ended, people didn’t take the four-win streak that the Boston Uprising had gotten as a marker for next stage. They didn’t see this team facing the Spitfire again and winning, or even seeing them make it to the Stage 3 playoffs. They did have a good reason, as Boston were a bit streaky and inconsistent in the past. But this led us to the next part of their streak:

The stage started with some bad news for Boston Uprising fans. One of their star players, Jonathan “DreamKazper” Sanchez, received allegations of sexual misconduct and was removed from the league. While he wasn’t the best player on their team, they only had one person to replace him. A relatively unknown man on the Overwatch League scene who went with the name Mistakes. He slotted into the void that DreamKazper left and started off well. Another map 5 win over the stage playoff finalists Philadelphia Fusion and a sweep of the Houston Outlaws started to draw attention towards Boston. They were supposed to crumble without one of their star players, right?

Then, the massive win happened. A 3-2 win over the reigning champions New York Excelsior. They just beat the best team in the league. Their confidence must’ve been unshatterable. They played their best and it showed. Another close win that week over the Florida Mayhem confirmed their goals: a perfect stage and winning the Stage 3 playoffs.

As the number one seed in the Stage 3 standings, they goals of their competitors was to end their perfect stage aspirations. First up to the plate was the Spitfire, wanting their revenge for derailing them last stage. They took Boston to another map 5, but the Uprising came in clutch and won the game 3-2 again. That must’ve taken the energy out of them right? They answered that question with a solid ‘no’ with another close win against the Seoul Dynasty.

The next week was a breeze, with two convincing wins against bottom three teams (Dallas Fuel and Shanghai Dragons). Then, the final obstacle to achieving their perfect stage goal: the two Los Angeles teams. The Valiant was first that week, taking the Boston Uprising to another map 5. But it’s the Boston Uprising, so they won the fifth map and were one match win away. The Gladiators were now the last team to stop this streak, but they faltered and lost 3-1.

They did it. The Boston Uprising achieved the first perfect stage in Overwatch League history, something people were sure New York would do first. But their goals weren’t complete yet. They needed to do well in the playoffs. With the first seed and the changed playoff format, they got to choose their semi-final opponents. While this could’ve been a way to challenge New York and knock them out early, they took the smart route. They were left to choose one of the LA teams, choosing the Gladiators (with the coach of Boston outright calling them the weakest team). While they won against the Gladiators in a convincing 3-0 sweep, so did the Excelsior against the Valiant.

Then the final of Stage 3 happened. The record-breakers versus the champions. Boston versus New York. And much like the tale of the unbeaten Boston-based team versus the New York team told in football in 2007, the Boston Uprising got swept 3-0 by the New York Excelsior. The match was closer than the score showed, but they couldn’t beat the New York juggernaut.

The Aftermath and Future

It must’ve been demoralizing for that squad to have lost the Stage 3 final. They wanted their storybook ending, but this world hardly gives it. Not only did this run remind me of the 2007 Patriots, but it also reminded me of a movie that I loved: Moneyball. While there are significant differences, the key elements are the same: a mid-table team goes under hardships to start a new season but ends up breaking the league record of consecutive wins. They deserved the satisfaction of setting the record as well as making it to the finals of Stage 3.

As I mentioned at the start of this article though, the Boston Uprising have started Stage 4 with none of the confidence that they did in the past. Mistakes has lost his touch, and Striker can’t carry in map 5s if they don’t reach any. While hope has been lost for Stage 4 playoffs, they can take comfort in the season playoffs. They need to adapt quicker, much faster than they needed to when DreamKazper left. While recent form has them as a bottom tier team, forgetting their record could be a mistake for others. Boston has a good chance at making it far in the playoffs. If they were to start a new streak, they need it soon.