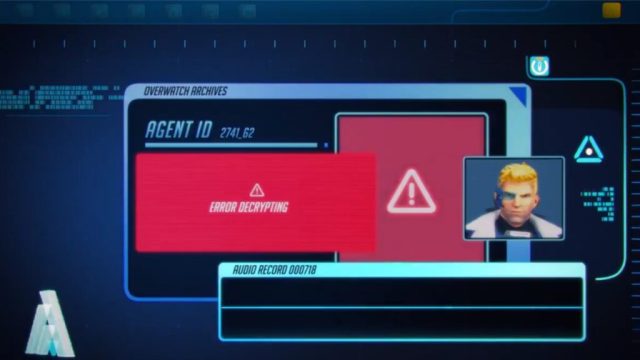 Blizzard has just announced its Overwatch Storm Rising event, which features the characters Tracer, Mercy, Winston, and Genji. The announcement was tweeted in the form of an archived file, detailing a voice message to Jack Morrison.

The message reveals that while the goal is to capture Doomfist, Overwatch has been going about it the wrong way. Rather than target Doomfist, it is advised that Overwatch go after his accountant. “Follow the money, and you’ll find the dirt you’ll need,” the message reveals.

Jack Morrison is also worried about sending the strike team out again after an incident with Reinhardt. However, ever since the King’s Row mission, Tracer has grown as a leader, making the messenger believe in the success of the upcoming mission.

The message ends with a prompt for players to “chase the truth” during the Overwatch Storm Rising event, which is scheduled to run between April 16 and May 6.

This event was teased by Blizzard on Sunday, which featured a fictitious “Havana Sun” article about how a rum business closed down, as well as a weather warning for Hurricane Fernand. “The classic Don Rumbotico recipe is a closely-guarded family secret, and one celebrated as a Cuban favorite. But things have changed in recent years. An anonymous financial group expressed interest in purchasing the company and distillery,” the article read.

The article revealed that when the family who ran the rum business refused the offer, their shipments started to go missing. Eventually, the distillery burned down and the family had to close down shop.

Until April 16’s Overwatch Storm Rising event, players can catch up on some lore and read more about these game events on Daily Esports’ Overwatch page.