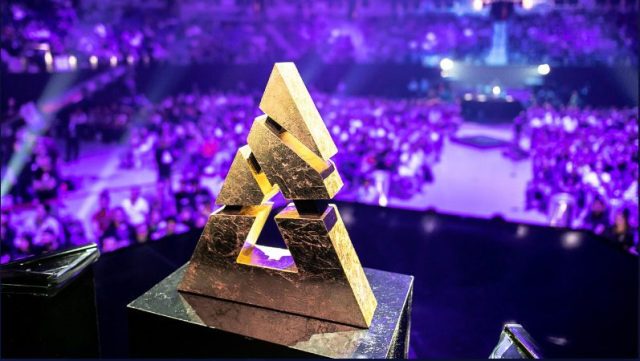 On day one of Blast Premier Fall Final 2020, Vitality faced off against Mousesports, and NaVi took on Astralis.

After delays due to conflict between Blast and the Counter-Strike Professional Players’ Association, the opening match of Blast Premier Fall began. Going into Inferno, Mousesports was the favorite after beating Astralis on the map. Initially, the assumption seemed accurate after a slow start from Zywoo and Apex, who had 1 and 0 frags, respectively. Mousesports only got three more rounds after being up 4-1 due to a dominant Vitality T side ending the map 16-7. RPK had a fantastic match finishing with 27 kills and 6 deaths for a rating of 1.94. On Dust2, the story was the same. Vitality dominated on their CT side, getting an 11-4 scoreline before closing the match 16-8. What lost the game for Mousesports was their opening frag attempts. On Inferno T side, one Mousesports player would go for an opening frag through lots of utility in Banana and, most of the time, die. This left Mousesports in a 4v5, which was not doable.

You can see the HLTV match page here.

An hour before the match, NaVi threw a curveball in the form of Valeriy “B1T” Vakhovskiy, who played on map one instead of flamie. However, he did not find much impact on the match. As expected, Inferno was a faceoff between device and s1mple, with both players playing phenomenally. The first half was very back and forth, with each team winning a few rounds in a row and then the opposite happening. However, on the Astralis CT side, they managed to string together 6 rounds bringing the game from 11-7 to 11-13. Astralis then went to match point. On the last round of the game, it was an early 2v5 with three opening picks for Astralis. There was nothing simple could do, so map one ended 16-14.

It's time to strengthen our CS:GO line-up! The #NAVIJunior player, Valeriy @B1tcs Vakhovskyi will play for our roster during the #BLASTPremier Fall Finals 2020! 💥

Nuke, map two, saw the back and forth rounds continuing throughout the first half with Astralis having a slight edge 9-6 going to their T side. After the first three rounds of the second half being won by Astralis, Navi won 10 rounds in a row in a continuation of the s1mple show, with s1mple getting 21 kills in that period and only dying in the last round of the match. Analysts called NaVi crazy when they picked Nuke against Astralis, but with s1mple doing as well as he is, there was no stopping NaVi.

Map three was Dust2, which started slightly delayed due to steam maintenance. Following a close pistol round, NaVi had a dominant start with flashy plays coming out from s1mple and electronic and strung rounds together, starting the half 9-2. Finally, off of spawn opening picks, Astralis put together four rounds to end the half 9-6. They continued their streak to 13-9 before NaVi finally gets back on the board with a bomb explosion in a failed retake from Astralis. The round after, missed AWP shots allowed a B site take and another round win for NaVi in a 1v1 with s1mple making the score 13-11 and 13-12 after an eco round. Both teams traded rounds until Astralis was up 14-12. Here, Magisk almost clutched a 1v3 to give Astralis match point, but NaVi easily closed out the match after that. This series is one of s1mple’s best, and he was the only player on his team that went positive across the series, ending it with 83 kills to 46 deaths.

You can see the HLTV match page here.

Check here to see the full tournament bracket and schedule.

Zain Merchant
Zain Merchant is an Esports writer who has previously worked with Team Dignitas. He loves FPS games such as Valorant, Counter-Strike and Valorant.