Bjergsen calls TSM loss 'embarrassing' after getting knocked out of Worlds 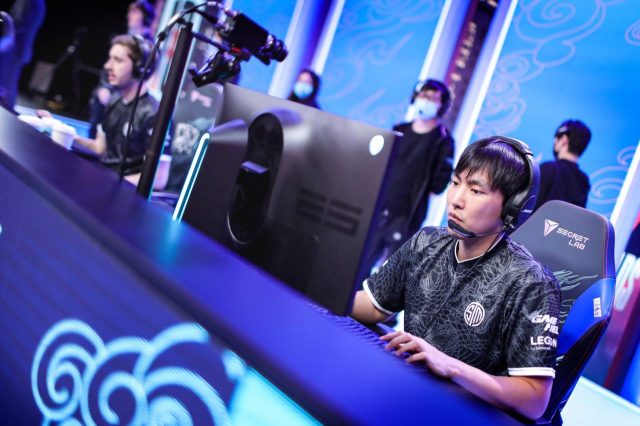 It’s been a rough League of Legends World Championship journey for North America, as LGD Gaming defeated TSM in today’s match. The team ended their series 0-6, an unexpected score for the LCS’ top seed. Unfortunately for them, TSM couldn’t turn their luck around after losing against Fnatic and Gen.G, leaving their star mid-laner Søren “Bjergsen” Bjerg feeling embarrassed over the loss.

With that loss, it ends our #Worlds2020 hopes. Although we fall short at the group stage, the team have done us proud this year.

After a turbulent year and roster changes in the summer, we put together an incredible LCS Summer Split win and we look ahead to 2021.

TSM went through a rough patch since the start of Worlds, losing every single game against top international teams. In today’s matches, fans didn’t get their hopes up for what’s to come, as the team admitted their overall performance had cost them their recent losses.

.@TSM end their #Worlds2020 run with a loss to @LGDgaming and finish winless in Group C. GG WP 🖤 pic.twitter.com/AqbudsdC3q

Fnatic showed no mercy for TSM, as they had taken every dragon while significantly up in gold by the 22-minute mark. Fnatic’s top-laner Gabriël “Bwipo” Rau and mid-laner Tim “Nemesis” Lipovšek took control of team fights, with Nemesis earning a triple kill after taking an Ocean Drake. Shortly after, Fnatic earned Baron and pushed towards TSM’s base all within 3 minutes. TSM lost this game, and the team showed regret over their loss through social media.

Brothers across the water. Top Group C for us 💪.

Thank you for the kind words 🤍🧡

TSM vs. Gen.G wasn’t any better

TSM continued the next game with the same quality of performance. Going against Gen.G isn’t the easiest match-up, and TSM knew they had to work hard for redemption. The start of the game seemed to go well for them, as Bjergsen as Lucian managed to get 3 kills by 10 minutes. Fans were hopeful for this game, as the team continued doing well with a leg-up in gold by 20 minutes. Unfortunately, TSM showed incoordination and a lack of communication as Gen.G managed to successfully split lanes. This led to TSM focusing on team fights rather than protecting their base. As Gen.G scaled, they were able to TSM easier as well as take control of the remaining objectives. This comeback was unexpected at first, but TSM allowed Gen.G to push up and win the game.

TSM and LGD are out of Worlds

The final match was against LGD Gaming, which led to TSM’s sixth and final loss for Worlds. Their previous two losses seemed to knock back the team’s confidence, which largely affected their gameplay. Unfortunately, communication was also a major problem in this match, as TSM traded Baron for their Nexus as LGD ended the game. Both teams are now eliminated from Worlds, as LGD also suffered huge losses against Fnatic and Gen.G.

This is possibly one of TSM’s worst performances in the League of Legends World Championship so far, but they have the next LCS season to look forward to. There’s no telling what the team has planned for next, as this loss was, in Bjergsen’s words, “embarrassing.” Although they are knocked out of the series, Worlds casters and professionals are showing support for the team and the NA region.