BIG's smooya: "It was almost like we didn't care, which was weird for me"

BIG’s smooya: “It was almost like we didn’t care, which was weird for me” 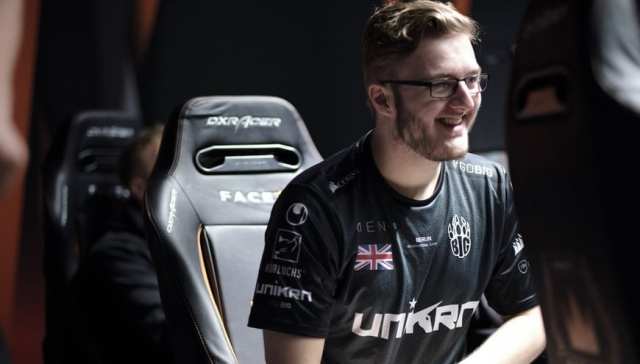 We caught up with Owen “smooya” Butterfield from BIG Clan at IEM Chicago.

The young AWPer’s team had just been knocked out of the tournament after a 2-0 loss to mousesports and failing to qualify for the playoffs. BIG Clan lost the initial game against fnatic 16-9 following an extremely intense matchup against Natus Vincere, where smooya and co. came out on top, 2-0. Unfortunately, the last game against mousesports didn’t go their way.

Nevertheless, BIG Clan shined this year at ESL One Cologne. The German formation got all the way to the grand final against Na’Vi. s1mple and co., however, were simply too much. BIG Clan lost 3-1 in a best-of-five matchup and took the second place along with a $50,000 cash prize.

Daily Esports: Obviously your team didn’t go as far as you would have liked in this tournament (IEM Chicago), did you guys feel like you saw any opportunities here, was there anything that you saw that you felt like could have changed and you’re gonna focus on in the next tournament?

smooya: Definitely the preparation, we didn’t really prepare that well for this event. It was almost like we didn’t care, which was really weird for me when normally we prepare the most out of any team. We all played really bad, myself included. We just need to work harder for the next event. That’s all really.

DES: As far as where you’re at this point in your career, where do you see yourself among the AWP players out there?

smooya: Myself? I’m not even the best on my team. I don’t know. Before I would be really confident that I was a top five [AWP-er] and stuff like that. But now, since I joined BIG, probably not even a top ten. I think tabseN is a top five AWP-er. Myself, not really. I just help the team, try to win. That’s kind of my role.

DES: We are seeing a little bit more of an influx of British players into the scene lately. Esports is getting bigger around the world but there is a lot more going on as far as the scene in England right now. How do you feel about the future of esports? Do you see another major team coming out of the English scene anytime soon for Counter-Strike?

DES: Do you think it will happen in any of the other scenes?

smooya: Maybe, I don’t really follow any other game. I heard we’re good at FIFA, I think. Decent at [Call of Duty]. No? Maybe not. I’m not sure. I only follow [Counter-Strike] really.

We were very surprised at some of smooya’s responses. However, he seemed sincere about everything he said, which we appreciate very much. Hopefully, we will get to see the 19-year-old in better shape next time his team shows up at a LAN.

You can check out smooya’s opinion on the recent price reductions of the AUG and SG 553 here. Remember to follow us at Daily Esports for more interviews with professional players as well as news on major esports.