The best of the best for the sniper rifle class 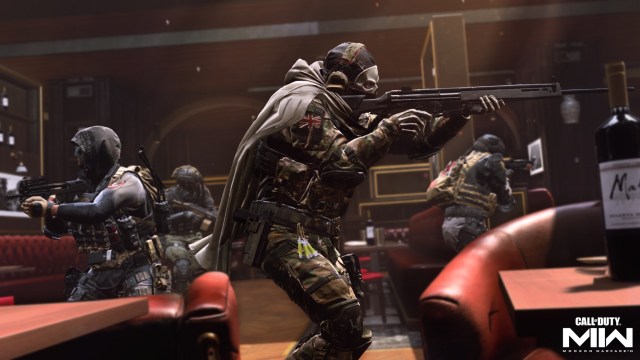 Any player that’s hopped in a Call of Duty: Modern Warfare 2 multiplayer match will likely know just how strong sniper rifles are. There are not many weaknesses to the sniper rifles in MW2, and all five of the available guns in the class are viable in their own right. The class even got a boost with the Victus XMR being introduced with the Season 1 Battle Pass. However, while all of the guns are usable, there are a few specific sniper rifle loadouts that players should use above the others in Modern Warfare 2.

Currently, the meta for the sniper rifles is up in the air; players all have their own preferences in regard to which sniper they enjoy using the most. Some players like the quickscoping prowess of the LA-B 330, others enjoy the heavy-powered Signal 50. While we won’t be providing a loadout for all of the snipers in MW2 in this guide, know that all of them are viable. We’ve simply selected what we believe to be the three best sniper rifles and their top loadouts in Modern Warfare 2.

These loadouts will be listed in no particular order, so don’t put any stock in where a sniper is put on the list.

The MCPR 300 is arguably the best overall sniper in multiplayer. It’s a bit heavier than others, meaning its mobility isn’t as strong, but it has the capability to one-shot kill most enemies. Players can also increase its mobility to give it the best of both worlds in MW2.

The newest sniper rifle in MW2 is last on the list. The Victus XMR has the best damage of any sniper in the class and has decent mobility to boot. It’s a terrific overall sniper for any situation in multiplayer.

And that does it for the best sniper rifle loadouts in Modern Warfare 2. As we stated before, though, there are really no bad choices when selecting a sniper, so try them all out and decide which is best for you.