Best Pokémon for competitive in Pokémon Scarlet and Violet - Upcomer

Best Pokémon for competitive in Pokémon Scarlet and Violet

What Pokémon to expect when the VGC season begins 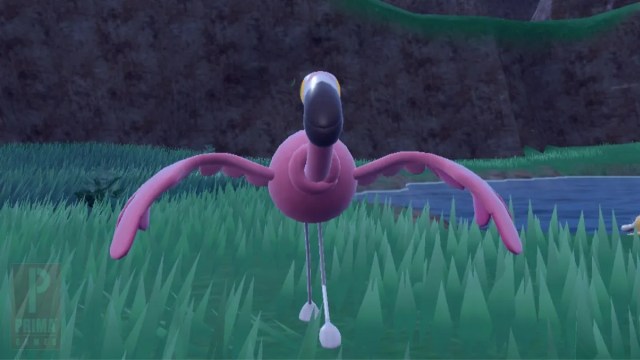 As players have started putting more time into online battles in Pokémon Scarlet and Violet, strategies for the strongest team compositions have begun to develop. Although the official season for the Video Game Championships won’t begin until early 2023, competitive team building is already well underway.

The Pokemon that is currently dominating the metagame is literally just the string cheese mascot LOL pic.twitter.com/JR4LwRVcuv

Gholdengo has emerged as an early favorite for competitive players in Pokémon Scarlet and Violet. It has commendable defensive stats and a solid Steel/Ghost typing, which leaves it with three immunities and nine resistances. However, Gholdengo’s greatest strength is its high Special Attack and its signature move, Make It Rain.

Make It Rain is a special Steel-type spread move that has a whopping 120 base power. While this move does lower Gholdengo’s Special Attack upon use, Gholdengo can alleviate this problem with the right teammates. Meanwhile, it can up the power of this attack even more by holding an item like Choice Specs and Terastallizing into a pure Steel-type.

Gholdengo also typically runs Shadow Ball as a secondary same-type attack bonus move, Nasty Plot in order to raise its Special Attack even higher, and Protect in order to shield itself from damage on select turns. This Pokémon’s final asset is its signature Ability, Good as Gold, which makes it immune to enemy Pokémon’s status moves.

If you told me a week ago that Murkrow would be one of the best competitive Pokémon I’d have laughed in your face – and now, having played for 12 hours, I can say confidently this thing will be haunting my nightmares for at least a month pic.twitter.com/OfOGqp3XF0

The unevolved Murkrow has surprisingly proven to be more useful than its evolved form, Honchkrow. This is because Murkrow gains access to the Ability Prankster, which gives increased priority to all of its status moves. As a result, it is an excellent support Pokémon.

Murkrow can use Haze to clear all stat changes for every Pokémon on the field. Because of this, it counters enemy Pokémon like Dondozo and Flamigo that rely on gaining stat boosts over the course of the battle. It also makes Murkrow a great ally for Gholdengo, since it can clear Gholdengo’s Special Attack drops after it has used Make It Rain.

Other useful status moves for Murkrow include Tailwind, Taunt and the ever-useful Protect. Finally, it has a couple of options should it wish to run at least one attacking move. Foul Play gives opposing physical attackers a taste of their own medicine, while Brave Bird is just strong enough to threaten enemy Amoonguss.

With its Paradox variant Brute Bonnet banned from VGC, Amoonguss has returned as a potent competitive Pokémon in Pokémon Scarlet and Violet. As with previous metagames, Amoonguss is useful due to its good typing, respectable defensive stats and the fact that it gains access to arguably the best move in the game, Spore.

Spore is a move with 100% accuracy that puts enemy Pokémon to sleep. Alongside Spore, Amoonguss has other useful moves that make it a viable support Pokémon. One such move is Rage Powder, which redirects all enemy attacks toward itself, allowing it to tank hits that might have been intended for a more fragile ally.

Amoonguss also likes to run Protect and Pollen Puff, a move that can either heal its allies or deal slight damage to opponents. Conversely, Amoonguss could use Clear Smog if its team does not include a Murkrow. Clear Smog targets a single Pokémon, dealing a bit of damage and removing all of their stat changes.

While Gholdengo is one of the best special attackers in the current format, Garchomp is one of the best physical attackers. Earthquake is one of its most potent attacks, especially when it is partnered with a bulky Pokémon, or one that resists or is immune to Ground. By Terastallizing to a pure Ground-type, it can power up Earthquake even further. Terastallizing also limits the ability of Fairy and Ice-types to ruin its day.

And, just as Gholdengo likes to further bolster its Special Attack with Nasty Plot, Garchomp can raise its Attack stat even higher by using Swords Dance. As with just about any other Pokémon in VGC, Garchomp also likes to run Protect in order to defend itself in tricky situations.

As its final offensive move, Garchomp can run Rock Slide. This move deals solid spread damage and can potentially flinch enemy Pokémon. Conversely, Dragon Claw is a solid choice if trainers are simply looking for another STAB move to hit types that resist Ground.

Best competitive Pokémon in Scarlet and Violet: Dondozo and Tatsugiri

Dondozo and Tatsugiri were specifically designed to have synergy in a doubles format. This makes them obvious picks for any competitive VGC team in Pokémon Scarlet and Violet. While their gimmick can be a bit difficult to implement, the payoff is huge if trainers can use them successfully.

Tatsugiri’s signature Ability, Commander, causes it to jump into the mouth of an ally Dondozo. This grants Dondozo a two-stage boost to all of its stats besides HP. Meanwhile, Dondozo can use the move Order Up to gain an additional boost to either its Attack, Defense or Speed, depending on the form of its partner Tatsugiri.

From there, Dondozo can deal massive damage with an offensive moveset that revolves around using Wave Crash and Earthquake. It could also run Protect, or take advantage of its defensive buffs by using Substitute. While Tatsugiri isn’t particularly strong in its own right, it can still provide support with moves like Icy Wind, Helping Hand and Taunt. It can also deal respectable damage with Draco Meteor and Muddy Water.

Another strategy with this pair involves giving Tatsugiri a Toxic Orb and teaching it Endure. After Tatsugiri uses Endure, an ally Annihilape can use Final Gambit, sacrificing itself and bringing Tatsugiri down to 1 HP. Then, Dondozo can enter, allowing Tatsugiri to give it stat boosts before the Toxic Orb activates and kills it. From there, a Flamigo can join Dondozo and copy all of its stat boosts thanks to its Costar ability.