Best Nature for Pawmi, Pawmo, and Pawmot in Pokemon Scarlet and Violet

Best Nature for Pawmi, Pawmo, and Pawmot in Pokemon Scarlet and Violet 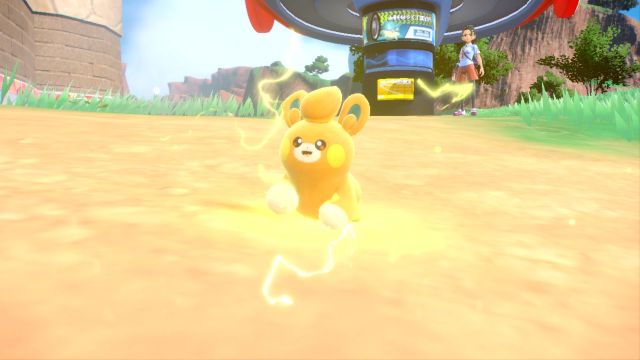 There are many new Pokémon for players to catch in Pokémon Scarlet and Violet. In fact, there are over 100 new creatures in the ninth generation of the series. There are so many different styles and types of Pokémon from big to small and cool to cute. Perhaps the best Pokémon that is on the small and cute spectrum is the Pawmi evolution line. Here is everything needed to know about the new electric mouse evolution line including the best nature for Pawmi, Pawmo and Pawmot in Pokémon Scarlet and Violet.

Min-maxing Pokémon for competitive play is ideal; to determine which nature players should have for Pawmot, you need to look at its stats. When looking at its base stats, we can see that Pawmot excels in the physical attack and speed stats. With Pawmot being an Electric and Fighting type, this checks out as fighting moves are physical and there are a few electric moves that are also physical. Its lowest stat lies in special defense so when picking nature at first glance, the best one may be Naughty. This Nature increases attack at the expense of special defense.

But the best overall choice is going to be Adamant. Adamant increases attack and decrease special attack. This does seem painful with some of the good electric moves being special moves but with moves like Wild Charge, Thunder Fang and Double Shock, there are plenty of physical electric moves to offset this. With that in mind, Adamant is the best nature for Pawmot; if a Pokémon doesn’t have any special attacks, the special attack stat is literally useless. So being able to subtract from a stat that won’t be used is optimal, especially if it means boosting the Pokémon’s best stat instead.

Naughty is still a fine choice if players can’t obtain an Adamant Pawmot but even though its special defense is already low and it will not be able to tank many attacks from other special attackers, Pokémon is a game of numbers and even with low special defense, Pawmot will live through more attacks with its regular special defense than it would if it had Naughty nature.