Doomfist is getting a lot of changes for the better this patch, heres how to make his life difficult 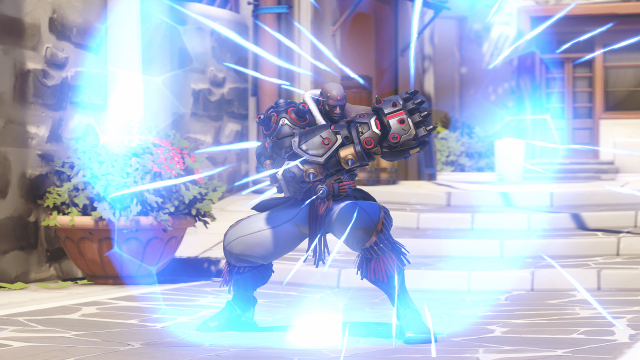 Overwatch 2’s latest balance patch is now out just as Season 1 of ranked comes to a close. Doomfist has gotten more than a few buffs this time around. Before these buffs, Doomfist was one of the weakest characters in the game. With that changing, players will begin to see him more in their lobbies. Here is how to counter the fist that’s flying right at you.

How to counter Doomfist in Overwatch 2

Doomfist’s buffs go to his Rocket Punch and his Power Block, the two staple skills for any player. The best ways to counter his game plan is to control him with crowd control and stuns. While there are fewer hard stuns in the game now, it is still possible to make his life a living hell. Here is the definitive list of counters to Doomfist in Overwatch 2.

The classic DPS counter to Doomfist is the ever-elusive hacker, Sombra. With Sombra’s hack, she can immediately prevent him from disrupting the formation, which is his greatest strength. Doomfist will jump into the backline in order to separate the frontline from the backline supports and then get back out after tanking some damage.

However, Sombra prevents that second part from happening. Anytime Doomfist dives on the backline, a hack will prevent him from using Power Block and getting out with Rocket Punch again. At that point, Doomfist is just a sitting duck that has less health than an ordinary tank. 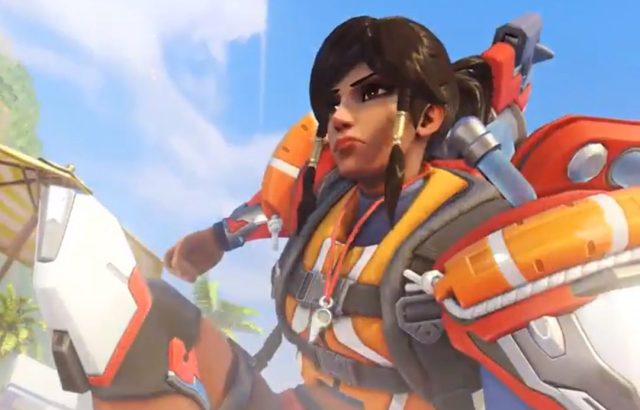 Can’t get hit by Doomfist if you’re never on the ground. In a vacuum, Pharah completely counters Doomfist, as he can’t ever reach him. Rocket Punch does well horizontally, but can’t really get anywhere vertically. Doomfist’s 4 ranged shots are projectiles that can hardly reach Pharah.

The reason why this counter only works in a vacuum is that Pharah gets countered by the DPS on the team. If there aren’t any good hitscans on the enemy team, then the Pharah can run circles around him.

Mei is probably the most annoying DPS that Doomfist can play against other than Sombra. Mei is tankier than other DPS, and has a get out of jail free card with Ice Block. If the he goes on anybody else, the Mei simply turns around and begins to slow him and eliminate any speed that Doomfist had from the initiation. Not to mention Blizzard completely locks him down if all his skills are all on cooldown.

Moira is the one Support that is elusive enough to get away from the Rocket Punch initiation with her Fade ability. After, she can support whomever Doomfist goes on with her Biotic Orb or heal the rest of her team with it. At the worst, Coalescence can heal and damage Doomfist while he tries to finish Moira’s ally.

Lucio is the definition of peel. Anytime a Doomfist comes in with Rocket Punch, the Lucio can Amp Up his speed boost to get his team away from the initiation. If Rocket Punch goes anywhere close to an edge, Lucio can use his right click to boop him off trajectory, sometimes, to his untimely death. Imagine coming in with an initiation and having to deal with the extra health from Sound Barrier, that’s a rough day.