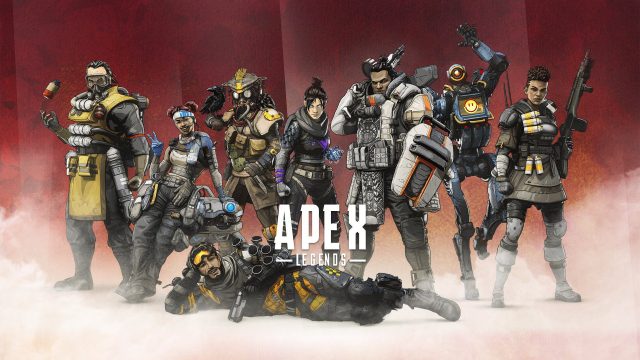 Apex Legends Season 15 is here and this means a new character tier list. There are a lot more Legends to choose from with the addition of Catalyst into the fold and the best characters in Apex Legend depend on their suitability with their squad as well as their overall abilities. All Legends have their strengths and weakness but some always excel better than others in ranked or other modes.

Here is our tier list for Apex Legends, ranking each of the 23 characters in Season 14 from the best to average.

Who is the best character in Apex Legends?

After ranking all 23 characters in the game, it’s important why they are ranked in these tiers.

Many Legends have — and will — come into the game, but it will still be tough to take Wraith off the S-Tier List. Her ability to portal herself as well as her team out of dangerous situations is incredibly valuable. Even though her Tactical Ability was much better in the past, she can still avoid damage from enemies and swiftly get into the best angles to shoot. Moreover, she is currently the most picked character in any mode of Apex Legends.

Valkyrie can be likened to Wraith in Apex Legends. Although she does not have Into the Void or Dimensional Rift powers, Valkyrie’s ultimate ability allows her to redeploy her entire squad across the map. Valkyrie is often a high priority for professional Apex Legends players for this reason; her jetpacks also give her great mobility, so she can quickly reposition and leave dangerous situations.

Bloodhound is one of the few characters that is both S-Tier in Apex Legends as well as the mobile version. The reason for this is because of his abilities. Their Eye of the Allfather briefly reveals hidden enemies, traps and clues while their Beast of the Hunt ultimate ability allows him to move faster while identifying enemies and their tracks.

Seer is another recon legend with information-gathering abilities. Even though he is not the best in this, his ultimate ability Exhibit is still very good for scanning enemies and surroundings. Just like Bloodhound, his tactics can interrupt enemies who are healing or reviving and can even stop Valkyrie.

There are several defensive characters in Apex Legends but Gibraltar remains the best in his field. His deployable bubble which recharges quickly allows him to shield himself and his teammates to heal in shootouts. Moreover, his passive shield blocks some gunfire from the enemy and adds 50 points to his health pool. His ultimate Defensive Bombardment allows him to reign hell on a particular area of ground. Any enemy who comes in contact with Gibraltar’s ultimate can be knocked down and even killed. The only downside is that his ultimate takes a relatively long time to surface and recharge than most other legends.

Ash may not be everyone’s favorite, but she’s an extremely useful champion and that makes her high up the list. She is a versatile legend and can help teams who love to flank a lot. Her ultimate ability, Phase Breach opens a portal to a targeted location that can be used by allies as well as enemies. Her passive allows her to view the location of recent death boxes easily.

Horizon’s passive increases her air control and allow her to dodge the speed penalty from falling from heights. With Horizon on your team, you’ll always have a height advantage over enemies. Her tactical ability Gravity Lift enables players to create a timed lift that can help both her and her teammates get to higher locations quickly.

Bangalore is another offensive legend that could easily be in the A or B tier depending on the in-game situation. Bangalore’s passive allows her to gain extra speed while being shot at and she can also create a smoke screen with her tactical ability. Her ultimate ability allows her to call in an airstrike to deep several missiles from the air which stuns enemies caught in them.

Octane is one of the best characters for anyone new to Apex Legends to play. His tactical ability allows him extra speed to easily reposition quickly. Having Octane on your team can be extremely useful when trying to run away from the red zone. His ultimate brings out a jump pad that teammates can bounce on to gain height advantage or quickly pass through locations. The ultimate also has a low cool time reduction.

Newcastle is another defensive character and he was released in season 13 of Apex Legends. His passive ability allows him to drag knocked allies to safety while rezzing them. He can also deploy a mobile shield that he can reposition to protect himself and his teammates. His Ultimate Castle Wall allows him to move forwards and put down a huge wall shied with different heights.

Caustic is also a defensive character and he is known for his stinky gas which can lower enemies’ health. His Nox Gas Trap drops canisters that release deadly Nox gas whe.  shot or triggered by enemies and he can cover a large area in Nox gas. Caustic is ranked in the C Tier List because there are far better champions than him and his abilities are one-dimensional.

Catalyst is the newest character in Apex Legends, so there has not been enough time to fully assess her. However, she is quite useful in both defensive and offensive plays. Her passive allows her to reinforce doors, strengthen them and prevent enemies from opening them. She can throw out a patch of ferrofluid which turns into spikes when enemies are near and raise a porous wall of ferrofluid.

Maggie is another offensive champion and she’s a brilliant pick for any aggressive player. Her tactical Riot Drill fires a drill that burns enemies through obstacles and it is a counter to defensive champions. Her ultimate allows you to throw a ball that releases speed-boosting pads and detonates beside enemies.

Vantage is one of the characters that require some technical abilities to play in Apex legends. Her passive allows her to spot the enemy squad and their distance. Her tactical; ability, Echo Relocation allows you to position your winged companion and then launch towards him. Moreover her ultimate allows you to use your custom sniper rifle to mark enemy targets and apply a damage bonus.

Crypto is one of those characters that could easily be on many people’s D-Tier list. However, he offers some. good utility in-game for those who know how to get the best out of him. With his passive, enemies detected by Surveillance Drone within 30 metres are marked for the team to see. His tactical deploys an aerial drone while his ultimate allows his drome to set off an EMP blast that deals shield damage, destroys traps, and slows enemies.

Wattson is another character that has useful abilities but doesn’t really measure up to the higher-tier options. Her tactical ability Perimeter security connects nodes to create electrified fences that damage and slow enemies. Her ultimate allows you to place an electrified pylon that destroys incoming ordnance and repairs damaged shields

Loba is a champion that is not high up anyone’s list but she still plays a good supporting role to teammates. Her tactical ability allows you to teleport to hard-to-reach places or escape trouble quickly by throwing your Jump Drive bracelet. Her ultimate places a portable device that can teleport nearby loot into your inventory with each player taking two items.

Revenant is also on the C-Tier list primarily because it can be hard pairing him up with other legends. He is one of the legends which players say have more interesting lore than actual gameplay. With his passive, you crouch walk faster and climb higher than other legends His other abilities throw a device that deals damage and disables enemy abilities and drop a death totem that protects those who use it from death for a fixed amount of time.

Lifeline is perhaps proof that support characters in Apex Legends are underrated — and maybe rightly so. She has useful abilities that can heal the team and bolster defensive qualities however it is hard to really justify having her in your team these days.

If there were to be a tier lower than D Pathfinder would be there. Creating and riding on ziplines is fun but in a game filled with 22 other legends, there’s a variety of options to choose from that offer more. Moreover, everyone can ride on fixed ziplines and doesn’t have to be Pathfinder to do this. Despite his somewhat weak abilities, his passive allows him to scan a survey beacon to reveal the ring’s next location

Apex Legends’ famous prankster Mirage is one of the most one-dimensional characters you’ll come across. It can be fun to play Mirage when you’re just starting out and fool people with the holographic decoy provided by his tactical ability. However, that’s pretty much it as even his ultimate just deploys a team of decoys to distract the enemy. This can be a great tool to confuse enemies but it wears out easily and experienced players can guess the real Mirage or you can just keep on shooting all the decoys till you hit the real one.

Rampart has been in the game since Season 6 but has never really been popular or useful as other legends. Her passive increases magazine capacity and enables faster reloads when using LMGs and Sheila. Her tactical allows Apex Legends players to build a crouch-cover wall, that deploys a full-cover amped wall which blocks incoming shots and amps outgoing shots.

Fuse’s passive allows him to stack an extra grenade per inventory slot and he can also launch a cluster bomb. His ultimate launches a bombardment that encloses a target area in a wall of flame. Fuse is a fun character to play in Apex Legends if you like launching things but everyone can throw things even though not as far and accurate as him.