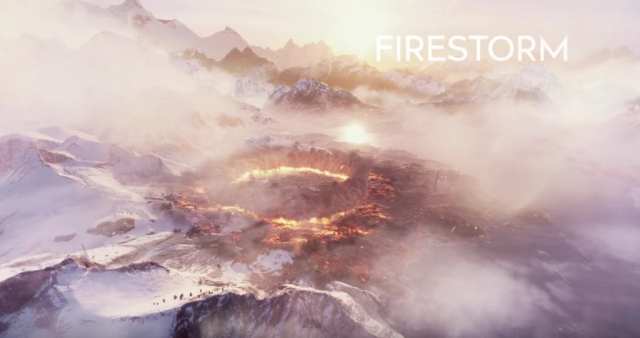 Battlefield V has experienced some woes these past few weeks. Disappointing preorders, analyst predictions, and a drop in shares made for a fairly troubling August for EA DICE. That has led the company to come up with new ways to entice fans — such as a free giveaway for the Battlefield 1 Premium Pass. Slowly but surely, they’re trying to reinvigorate fan reception to the franchise. Check out the latest trailer for the game titled “This is Battlefield V” — which also features Firestorm, the game’s battle royale mode.

“Flame on!” for Firestorm

Companies trying to get in on the battle royale genre are nothing new. Everyone seems to want to jump on the bandwagon. EA DICE hopes to accomplish that with Firestorm, which, as we can see, will be a 64-player battle royale. There will be 16 teams of four players each, all shooting and evading until only one squad survives. All of this happens while the titular firestorm slowly engulfs the play area.

Apart from Firestorm, there are other modes to look forward to such as the regular campaign and the eight multiplayer modes available at launch. Tides of War, which will be an overarching and expanding community campaign, will also play a big role. The first theme of Tides of War will be the “Fall of Europe” in 1940. Future Tides of War content will also be available for all Battlefield V owners as there will be no Premium Pass.

Battlefield V will be released on November 20 — delayed for a month due to a crowded October. We cannot say for certain if these will be enough to entice new and old players to give the game a shot. It’s up to EA’s marketing and DICE’s capabilities to ensure that.

Are you excited for Battlefield V and Firestorm? Let Daily Esports know.