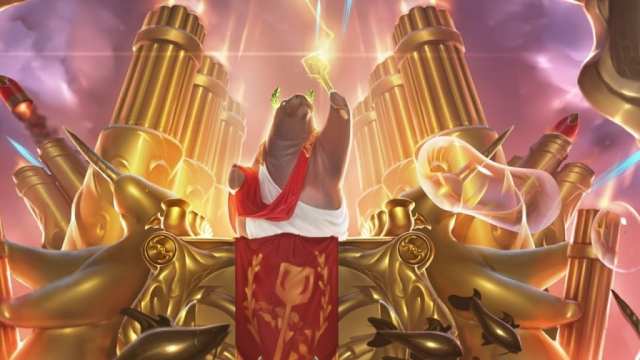 One of the most requested game modes of all time is making its triumphant return to League of Legends. As consolation for the failed launch of Clash, Riot has enabled a surprise ARURF event weekend.

The URF arcade mode (Ultra-Rapid-Fire) allows players to enter the game with infinite mana, boosted attack speed and hugely reduced cooldowns on all spells. ARURF takes the insanity another step forward; all champion selections are – you guessed it – random.

Riot announced ARURF in an act of good faith, acknowledging that it doesn’t substitute for the competitive nature of Clash. While the cancellation of the much-anticipated tournament mode will undoubtedly leave a sour taste in the mouths of players who cleared their weekend schedules, the company is clearly hoping that an impromptu appearance of the game’s most popular mode will quell some of the outrage.

We realise this isn’t the same sort of competitive experience that you were expecting this weekend, but we wanted to offer something in the interim that we could quickly hotfix up to a playable standard while we work out our next steps for the players affected by Clash’s cancellation. As ARURF is one of our most requested modes, we hope this will bring some respite to an otherwise rough weekend.

If you’re looking for competitive League of Legends, ARURF is not that. If anything, it’s the furthest thing from Clash that the game has to offer. Nevertheless, the mode is wildly enjoyable and it offers an easy outlet to blow off some steam.

There’s no telling when the next URF event will appear, so get in-game and enjoy it while you can! See you all on the Rift!