Artifact lost over half its player base in a week - Upcomer

Artifact lost over half its player base in a week 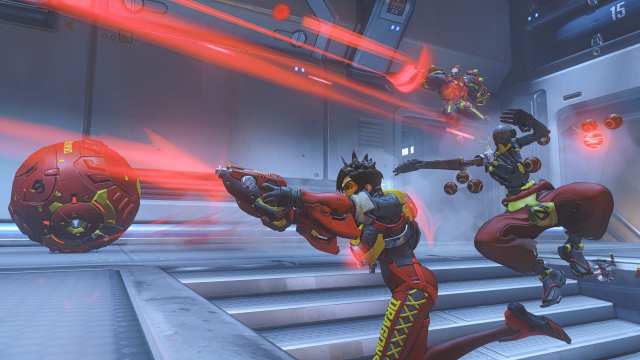 Artifact, the digital card game from Dota 2 creators Valve, is seeing a rough first period. According to the Steam numbers, Artifact dropped with 60,000 players on its launch day. However, since its release on Nov. 28, this has plummeted to 25,000. Interestingly enough, this mirrors its tournament numbers as well. Up to now, Artifact has had two big tournaments — the Artifact Preview Tournament and Mighty Triad: Strength — which both peaked high and then took a nosedive. Both events together only brought in an average of 20,000 viewers.

Breaking into the digital card game market is a daunting task. As if competing against Blizzard juggernaut Hearthstone isn’t enough, there’s also Magic: The Gathering Arena. Magic: The Gathering, after all, is the game that inspired it all. Creators Wizards Of The Coast have played it smart in following Hearthstone‘s footsteps. Magic already has an absolutely massive following, with Wizards boasting 20 million players across the world. Factor in other titles such as Witcher-themed Gwent and The Elder Scrolls: Legends and Valve has its work cut out.

Another issue with Artifact making a bigger splash is the pay model. Players can dive right into Hearthstone and Magic: The Gathering Arena without spending a cent. Much to the contrary, Artifact costs $20 just to unlock the game. Further deterring players is the fact that its highest play modes — which are the only ones that offer rewards — require players to spend $1 just to play them. If there’s anything that turns gamers off in 2018, it’s paywalls. Gamers complain that they want to play a game before paying for it, and want the full experience without being pressed to break out their wallets. Artifact is also criticized as being pay-to-win by many among its player base.

Can Valve turn it around?

Despite a bad start, Dota 2 is a massive title with over 800,000 peak players on Steam. Valve has a strong player base to attract fans, as well as the potential to pull digital card fans also. The major issue they have to address is clearly the pay system. In a market with a fairly across-the-board business model, it’s a curious move to shake things up with paywalls. Artifact might do well to follow its predecessors and adopt their model. After all, it clearly works for Magic and Hearthstone.

Artifact does have quite well-designed aesthetics and some great gameplay. It could serve to be a major competitor if Valve could.. .play their cards right.

Note: The author of this article would like to state that he is not even remotely sorry for the aforementioned pun.

Have you played Artifact? Do you think they’ll turn it around? Comment!