'Arcane' retakes No. 1 rank on global Netflix charts with Act 2

‘Arcane’ retakes No. 1 rank on global Netflix charts with Act 2

The League of Legends series ranked first in 52 different countries 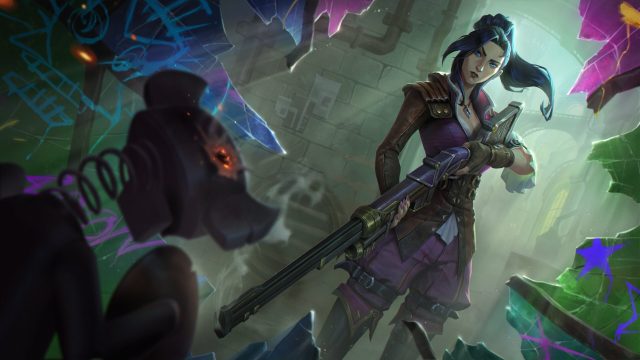 Provided by Riot Games Act 2 of "Arcane" showed the evolution of Caitlyn from timid academy student to badass sharpshooting Enforcer.

When Riot Games released its League of Legends animated series “Arcane” on Netflix last week, it was met with incredible fanfare and rave reviews. Act 2 of “Arcane” seems to have made the most of that momentum, reaching even higher heights than the first batch of episodes did.

While Act 1 of the series reached No. 1 on the global Netflix TV charts on the back of 38 No. 1 rankings in individual countries, Act 2 has actually surpassed that mark.

The series is back in the No. 1 spot among all TV shows on the worldwide Netflix charts, placing ahead of “Squid Game,” “Narcos: Mexico” and “You.” Only this time, that global ranking is fueled by No. 1 rankings in 52 individual markets, 14 more than after Act 1.

Furthermore, the previous three episodes of “Arcane” debuted at No. 8 in the United States, No. 6 in Australia, No. 2 in Canada and No. 3 in South Korea. The series made heavy gains in all four of those markets with Act 2. In the latest chart update, “Arcane” now sits No. 3 among all TV shows on Netflix in Australia, No. 2 in the United States and No. 1 in both Canada and South Korea.

List of countries where ‘Arcane’ Act 2 charted at No. 1

With the first two acts of “Arcane” coming in as smashing successes for Riot Games, animation studio Fortiche and Netflix, it will be interesting to see how Act 3 of the series performs on the charts. The final three episodes of “Arcane” release to Netflix on Nov. 13.

All of the data used in this article was provided by streaming information site FlixPatrol.