The show has been received incredibly well so far, with sky-high ratings on both IMDB and Rotten Tomatoes 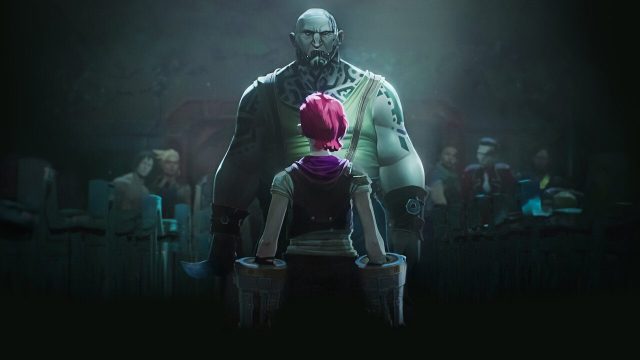 Provided by Netflix Act 2 of "Arcane" will show how Vi picks up the pieces after an explosive and deadly end to Episode 3 separated her from her sister Jinx.

Riot Games and Netflix have officially announced the release date and time for “Arcane” Act 2, featuring Episodes 4-6 of the new animated League of Legends series. While we already knew the next set of episodes were coming on Nov. 13, we’ve now learned that the official release time is set for 12:00 a.m. PT. This means Act 2 of “Arcane” will go live on Netflix at 3:00 a.m. on Saturday for viewers on the east coast.

The only way to defeat a superior enemy is to become what they fear. #Arcane is back with Act 2 this Saturday at 12AM PT.

Return to Runeterra on @Netflix. pic.twitter.com/GNaYDs0iv8

Act 1 of “Arcane” was received incredibly well, both inside and out of the League of Legends and larger Riot Games community. Those that actively play the game were completely hooked, while those that have never played wanted to now try it. The show also reached a global audience almost immediately. In its debut on the Netflix top charts, “Arcane” ranked No. 1 globally across all TV shows on the platform. This included No. 1 chart ranks in 38 different countries.

The reception from critics was just as positive. At the time of this writing, “Arcane” has a 9.4 rating on IMDB after 12,619 user reviews. That would make it the highest-rated Netflix original series of all time.

The series has also received glowing reviews from Rotten Tomatoes. At the time of writing, “Arcane” has a 100% “Tomatometer” score after 12 critics’ reviews. It also has a 98% audience score after 810 user reviews.

Act 1 of the series closed on a very high mark and we’ll be following along to see if Riot and Netflix can maintain this positive momentum through the release of Act 2.

After the conclusion of Act 1, Riot Games released a new interactive web experience on its Riot X Arcane website. The new browser-based Progress Days event allows players to interact with many of the characters featured in “Arcane” and complete quest lines to unlock easter eggs and in-game loot.

These giveaways include a free Arcane Capsule and player icon in League of Legends and an exclusive new Poro gun buddy in VALORANT.