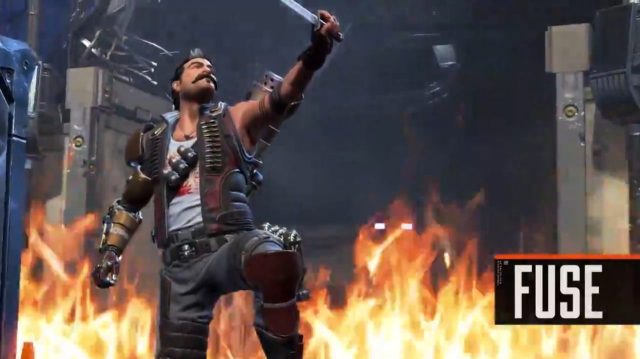 Respawn Entertainment has released the full abilities list for the new Apex Legend Fuse earlier this afternoon. Season eight, dubbed Mayhem, is set to be the most chaotic installment in the battle royale’s history and Fuse is set to help deliver on that promise.

Walter Fitzroy, otherwise known as Fuse, was announced as the Season eight legend last week. It’s been quite some time since Respawn introduced a new male legend and Fitzroy certainly fits the bill. He’s highly explosive and features abilities that can turn a gunfight into a firework show in an instant.

The full list of his abilities can be found below.

Meet Fuse, a bombastic explosives expert who left behind some very powerful enemies on Salvo to join the Apex Games. 🔥

See him in action when Season 8 arrives Feb 2. pic.twitter.com/cI6Efv7mvO

Both his Tactical and Ultimate were teased throughout this week’s content reveal but now we know the exact descriptions for all three of his abilities.

Fuse’s abilities sound like a great change of pace for Apex Legends. Fans have wanted the ability to throw grenades farther for some time and both his Tactical and Ultimate sound fairly useful for most situations.

It’s unclear if the explosive legend will make it into the battle royale’s meta but players will certainly give him a shot. Apex Legends Season eight launches on Feb. 2 for all players. The official patch notes for the update will release before then.

Make sure to keep up with Daily Esports for all Apex Legends news.