New Apex leak shows Wattson, Crypto, and a number of other upcoming Legends

New Apex leak shows Wattson, Crypto, and a number of other upcoming Legends 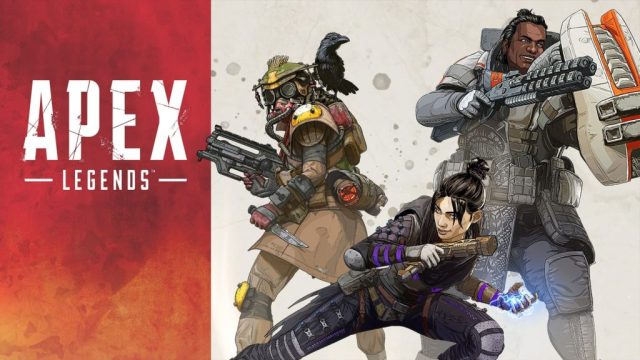 More Apex Legends leaks came out today, allegedly showing Legends who will join the game soon. We spoke with Twitter user @Shrugtal, who is also the source of most of the game’s data-mined leaks.

An as-of-yet unnamed party managed to crack the texture format for some of the game’s files today, Shrugtal reported. The images found in the decompiled files – which you can find on his Twitter – are low-fidelity placeholder icons for upcoming legends. They are a mixture of concept art and rough 3D graphics.

As you can see, Korean Legend Talchum could be on his way and his Legend moniker is Crypto. This seems to imply that his theoretical masks-and-mimicry skillset will be less literal than we previously guessed. Talchum could have the ability to interact with other players’ perception of the game world, or even with their HUDs. Another possibility is that he could hack mechanical map elements – such as Respawn Beacons and sliding doors – to disable them for enemy teams. We can only guess, for now.

The L-Star weapon will be returning from Titanfall 2, which confirms some previous rumors. This makes a lot of sense, since Bloodhound holds an L-Star in Apex’s title screen.

The images also seem to confirm that electricity-themed Legend Wattson is on her way, as we previously reported. Found images also show the icons for upcoming Legends Rose and Octane, as well as six unidentified ones. They could potentially be Rampart, Scunner, Nomad, Jericho, Husaria, and Prophet. All of these names were previously found in the game’s files.

Wall-running and multi-jumping are probably NOT coming

Shrugtal also reassured us that some recently speculated mechanics – such as wall-running and advanced NPCs – are likely not coming to the game. At the very least, there is nothing indicating that they are.

“The NPCs [and wall-running] are from engine strings,” Shrugtal said. “Because wall-running is baked into this source engine variant – which is used for [Titanfall 2].” According to him, the recent information wasn’t a leak at all, but just leftover code.

This makes sense, considering that Respawn dispelled the idea soon after Apex was released.

“Things like wall running and double-jumping, they actually really hurt the strategic and learnable aspects of combat,” executive producer Drew McCoy said in an interview with PC Gamer. “There’s no thought process, like ‘Okay, I saw someone run around that building, now I know they’re going to be in one of two places.’ No – with double-jumping and wall-running, they can be anywhere.”

Introducing wall-running and multi-jumping to the game would also make some existing Legend abilities – like Grapple and Into the Void – less relevant. That makes adding them to the game as permanent mechanics very unlikely.

It is still possible that none of this means anything. The code and images from today’s leaks do not yet interact with any existing game assets. They could theoretically be leftover early concepts and Titanfall 2 remnants.

There is even the real possibility that Respawn is leaving these little “hints” themselves as a sort of diversion. Perhaps they decided on doing this after failing to contain previous genuine leaks. This would also be a brilliant strategy to keep the hype up while players wait for new content.