An oral history of League of Legends Worlds: moments, memories and traditions

An oral history of League of Legends Worlds: moments, memories and traditions

So many have their own stories, memories and traditions from past tournaments that make the event that much more special to them 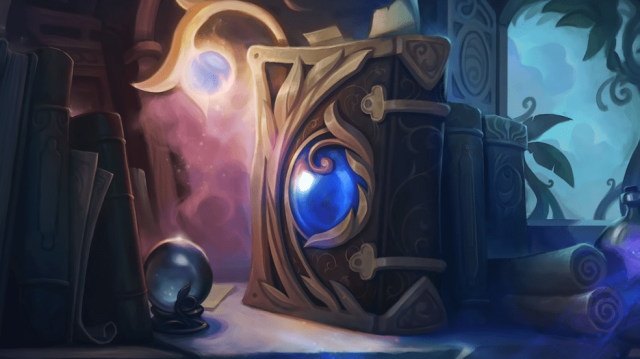 Photo provided by Riot Games How do you watch Worlds every year?

I used to live across the hall from a huge Cloud9 fan in college. He was a great guy and a day-one supporter of the team. He even got a tattoo of the C9 logo on his calf.

We didn’t talk much at first, but when the 2014 League of Legends World Championship rolled around, that was when we realized our mutual love of competitive League.

That year at Worlds, two North American teams qualified for the quarterfinals: TSM and C9. We hung out for the first time after I convinced him to watch TSM’s match against South Korean superteam Samsung White with me. This match began at about four 4 a.m. in the morning due to the event’s location in South Korea that year. By the time it was over, I hadn’t realized the time, or that I was 20 minutes late for an astronomy exam.

I don’t think about that exam often, mostly since I’m a college dropout, but I’ll always remember Worlds 2014 because of that story. I remember screaming to myself on my dorm room floor when TSM pulled off a Hail Mary, Level 1 invade to sneak a win against the then-undefeated future champs. I also felt a wave of exhaustion and disappointment sweep over me when Samsung returned the favor in the fourth and final game of the series.

The #LPL Champions vs the #LCK Champions! pic.twitter.com/BcKJGK9qvs

Worlds itself is the tip of the LoL esports iceberg, and so many others have their own stories, memories and traditions from past tournaments that make the event that much more special to them.

Ahead of the Worlds 2021 grand final between Edward Gaming and DWG KIA on Saturday, here are some of those stories from members of the League community that highlight what makes this time of year so unique (in more ways than one).

My friend is a graphic designer by trade and doesn’t follow League or esports. But, we have a tradition every year where, when groups pick’ems come out, I send them the bracket and they order all of the groups by the order of how well they think each team’s logo is designed.

The brackets that come out are really something (way more NA getting out than what’s realistic), but sometimes the predictions align and it’s great. When FPX imploded and went out fourth in the group, they got to feel smug because they liked their logo the least in the group.

My friends’ predictions from Worlds 2021:

I used to watch worlds with my former partner, who introduced me to esports. Of course, we missed a lot of games during the group stages because of our work schedule, but we tried to watch every single match involving our favorite teams (his was Fnatic and I’m a big MAD Lions enthusiast).

During Worlds 2018 quarterfinals, we had to hurry home from work to watch Fnatic and hadn’t eaten anything. So, while my partner started the stream, I prepared food, put it in the oven and returned to watching the game … and they inted.

At some point, I said “I can’t bear this anymore. I have to hide in the kitchen and look after the food.” I did that and, suddenly, my partner shouted “they won the f****** teamfight!” I returned, excited and they started inting again. I hid in the kitchen. They started winning.

I tell you, the whole semifinals and finals I had to stand in the kitchen because my partner didn’t allow me to leave. After this, every time Fnatic played ANY game and they looked like they were losing, I hid in the kitchen for two f****** splits.

The League of Legends Worlds ceremony

The first time I ever watched Worlds was back in 2014, which I believe was when they held it in South Korea for the first time. That was also the first year they had the Worlds song, when Imagine Dragons played Warriors.

I had nobody else to watch with at the time, but I ended up meeting people while playing Overwatch ranked. We became friends and, funnily enough, we also all played League of Legends. When Worlds came around, we all stayed up until 4 a.m. and watched the opening ceremony and the opening games together.

I remember trying to be super quiet in my house but getting mad tired. But as soon as Imagine Dragons were yelling that “we are the warriors that built this town,” I’m like “yeah, this is legit. This is f****** amazing.”

I couldn’t tell whether my room was cold or I wasn’t wearing enough layers, but I was getting goosebumps. It was like I knew esports was a really cool place before I even knew I could be a part of it.

Not just every Worlds, but any live League of Legends esports event I’m at, I go down to the arena floor with about a minute left until the show starts. You know, that final 10-second countdown … I just love being on the floor and looking up at the crowd; it never gets old.

I’ve been doing this for almost 10 years, and that moment gives me goosebumps every single time. It always reminds me of why we do what we do, and so it’s a very special moment for me and definitely my tradition at every Worlds and event.