Among Us update releases new roles, cosmetics and more

Among Us update releases new roles, cosmetics and more

The largest Among Us update brings more than fans expected 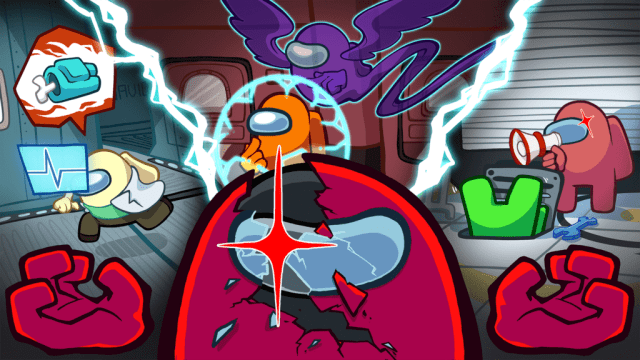 Innersloth announced the latest Among Us update featuring a lengthy list of game additions on Tuesday. The release is the first significant update to Among Us since the “Vent Cleaning” update in June 2021. According to the development team,  v.2021.11.09 is the game’s largest update yet and is available on all supporting platforms.

Since October, Innersloth has been communicating with its community on upcoming updates. In late October, devs released a “Role Peek: The Shapeshifter” blog, teasing one proposed new role.  Titled an “Impostor Role,” the Shapeshifter allows the impostor to disguise themselves as any other crewmate.

The latest update introduces Cosmicubes, a special-themed cosmetic cube with more unique and detailed contents than typical cosmetics. There are different Cosmicubes players can buy using Beans and Stars. Cosmicubes are tied to Pods, which can only be earned through active gameplay.

Innersloth will now allow players to link their Among Us accounts across different platforms. This means players will be able to access their in-game cosmetics across all platform accounts. The devs stated that most players should be able to log in and link their accounts quickly. However, Innersloth posts a warning stressing the importance of following all in-game instructions carefully “to make sure you don’t overwrite the wrong account!”

Currently, Nintendo Switch players will only be able to use purchased Stars on the Switch System. Eventually, Innersloth says Pods and Beans purchased on the Switch will be shared across all platforms.

Among Us achievements are now available on all supporting platforms.

Next up on the horizon for Among Us players is the PlayStation and Xbox launch scheduled for December 14.