All Tinkatink locations in Pokemon Scarlet and Violet

All Tinkatink locations in Pokemon Scarlet and Violet

Look for the ruins 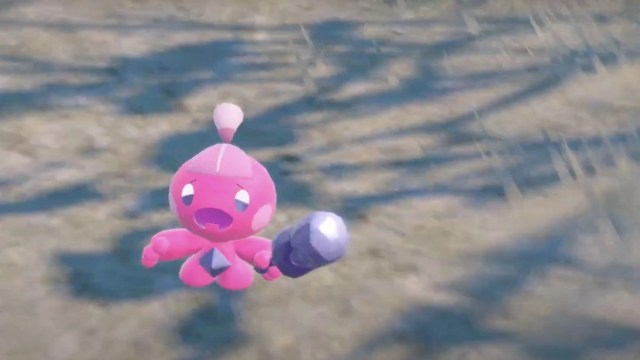 Screenshot via Nintendo Switch Players can find Tinkatink in ruins throughout the Paldea region.

One of the coolest and cutest Pokémon designs in the new Pokémon Scarlet and Violet games is the Fairy and Steel-type Pokémon, Tinkatink. Not only does it have cool typing, its design — which is reminiscent of a Sour Patch Kid with a hammer — brings a cute but deadly combo into the new game.

As one of the most sought-after Pokémon making its debut in Generation 9, players may be asking themselves where to find one. Here is a quick guide on where to find all the Tinkatink locations in Pokémon Scarlet and Violet.

It’s important to remember that Tinkatink is just the first form in its evolution line. Tinkatink evolves into Tinkatuff at level 24 and then once more to Tinkaton at level 38. Each evolution not only makes the hammer holder bigger but the hammer itself becomes larger too. This is important since some areas where Tinkatink is located, the evolved forms could also be found in the wild to.

Players who know what Tinkatink’s evolutions look like will have an easier time finding the areas any of them are hiding in. Tinkatuff does appear in different locations but the same thing remains true, the evolution line loves the ruins.

On top of that, Tinkatink can also be found in area one of the East Province and area one of the West Province — pretty much any area in the bottom half of the map. Because of this, as long as a player can find ruins that are located deep off of the trail in tall grass, they will most likely run into Tinkatink.