Baron has made it into the game as a Little Legend 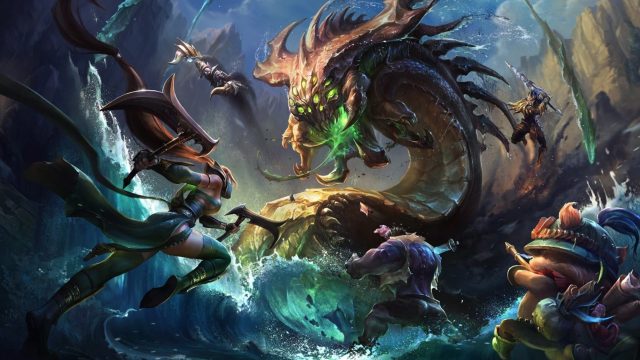 Provided by Riot Games You are not going to believe what they have done to League of Legends' big bad boss.

The new Teamfight Tactics expansion, TFT: Monsters Attack! brings in a bunch of new and exciting changes to the game in the form of units, traits and mechanics. But it also brings in a new roster of cosmetics for players to enjoy. Five new Little Legends and a new Chibi Champion are coming to TFT Set 8. Here is a look at everyone’s new favorite avatars coming to live servers at the beginning of December.

As is tradition, the new TFT set brings in a new battle pass for players to progress through, and just like every single one before it, there is a new Sprite Little Legend for players to collect. This time around it’s Super Squad Sprite who has taken a futuristic look as it looks to take on any evil-doer with its clean shades. On top of that, Star Guardian Orianna’s familiar, Tocker is also available in the battle pass as well.

Yes, you read that correctly, Baron Nasher from League of Legends is in TFT Set 8 but not as a boss. Instead, it’s been shrunk down to a cute Little Legend. Like all other Little Legends, Baron has three tiers of evolution and also comes in five different variants outside of its base one. These are Cosmic Scourge, Odyssey, Star Guardian, Star Nemesis and Super Squad.

Grizzle is essentially this set’s Choncc. A big boy, Grizzle is a Koala Bear Little Legend that starts off harmless in its first form but grows ferocious by the time players upgrade it into its final form. Like Baron, Grizzle also comes in five different variants outside of its base one. Players can collect Grizzle in Dark Star, Groovy, Star Guardian, Star Nemesis and Super Squad variants.

And finally, there is Whisker. Another cat Little Legend is finally in TFT but this one is a perfect mix of cute and scary kind of like Mimikyu from Pokemon. Whisker’s three forms show it becomes more demonic over time as it grows tall in its second form before showing the “demon” inside it in its final form. Whisker also has five variants outside of its base model. These are Dark Star, Star Guardian, Star Nemesis, Stiched and Super Squad.

These will be available in the shop when the set launches on the live servers.

And finally, there is a new Chibi Champion joining TFT in Set 8. Lux comes with her own special animations, emotes, taunts and Boom. For players who are willing to drop a lot of money, Star Guardian Lux will also be available in the shop through eggs. This Mythic tier variant comes with unique animations as well as a special cutscene that plays when Star Guardian Lux knocks out an enemy player.