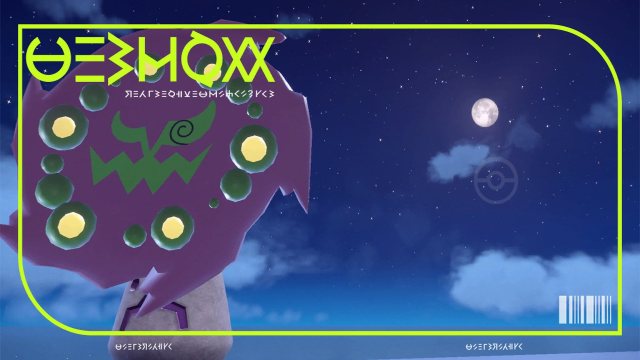 Provided by The Pokémon Company. The Pokédex entry art for Spiritomb in Pokémon Scarlet and Violet.

Out of all the places in Paldea, here are all the locations where rare Ghost/Dark type Pokémon Spiritomb spawn in both Pokémon Scarlet and Violet. As a rare Pokémon, it doesn’t always appear, but it does show up naturally in the wild.

For those who don’t know, this rare Pokémon is sought after due to not only its types but what kind of moves it can learn. Throughout the course of levelling up a Spiritomb, it can learn Psychic, Ghost and Dark-Type moves. This allows for a lot of counter potential for those foes who can hit your Spiritomb hard. It used to be incredibly tough to get in previous generations, but now it has a regular spawn area like most Pokémon do.

Spiritomb is on Glaseado Mountain

To keep it short, the central area Spiritomb spawns at nighttime on Glaseado Mountain. This area, which houses many powerful Pokémon, is accessible from after the first section of the game. The mountain having so many strong Pokémon may have something to do with the fact that the final two gyms in Paldea are on the mountain itself.

It is possible to get Spiritomb in the daytime on the mountain; but keep in mind that the spawn rate is much higher at nighttime. Spiritomb also isn’t found all over the mountain. Stick to the northern side to find Spiritomb, to the right of the stream of water that flows down the mountain. There should be a Tera-Raid Battle nearby as well; that’s how you know you’re in the right spot. Even with placement and time, the low spawn rate of this Pokémon means you might not get it on the first try. Keep at it and you’ll find Spiritomb in time on Pokémon Scarlet and Violet.