All scenarios that would allow G2 to advance at Worlds 2022

All scenarios that would allow G2 to advance at Worlds 2022

Three scenarios for G2 to make another Worlds quarter finals 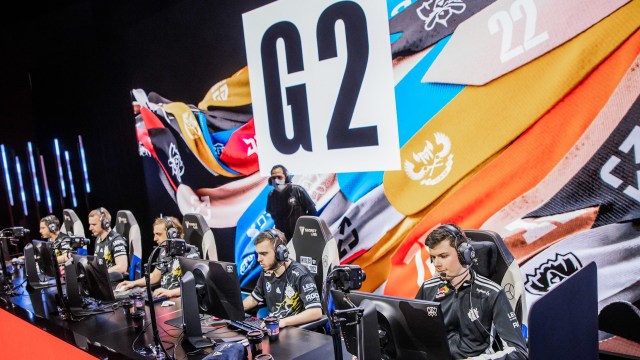 After just one win in three games played at Worlds 2022, G2 Esports find themselves in third place behind DWG KIA. While the team has put on a relatively good performance at the tournament so far, it was still not enough to win against the LPL and LCK teams.

The #Worlds2022 Group Stage standings after the first round robin! pic.twitter.com/TuuhEbVzOI

With both JD Gaming and DWG KIA already ahead of them, G2 have a lot to do to make it to the next stage of Worlds. The good thing for G2 is that they already have a win against Evil Geniuses and look likely to win them in rematch.

However, they cannot afford to rely on only beating EG; they’ll need to win their games as well. JDG may be sitting at the top of Group B with a 3-0 record, but it’s still possible for the group to end in a three way tie between the first three teams.

Here are all the scenarios in play for G2 as they prepare for their final three games  starting on Friday, October 14.

A G2 3-0 in the second half of Worlds group stage will significantly increase their chances of advancing from the group stage. An automatic qualification with a 4-2 record is not guaranteed because it is still possible that DWG win their two games against JDG and EG.

Moreover, a JDG win against EG will also bring their win tally to 4. A 3-0 for G2 here will at least guarantee them tie breaker or automatic qualification depending on the results from the explained scenarios above.

A 1-2 record does not give room for dropping more games. However G2 can still qualify if they go 2-1. This can happen if DWG loses two of out their three remaining games. Worlds 2022 has featured some upsets and surprising games, so anything can happen in the second half for Group.

However, if things go the way they did in the first half og the group, a 2-1 record won’t be enough for G2 to make it out of the groups. A 2-1 record also removes G2’s destiny from their own hands as they have to rely on other results to go their way.

A 1-2 record for G2 will likely mean their exit from Worlds 2022 but there’s still a slim chance to qualify here. The scenario is if G2’s only win is against DWG and DWG then in turn loses their remaining games. This will mean that both teams wil finish the group stage with a 2-4 record and play a tie-breaker for the second quarterfinals spot.