All scenarios that would allow Cloud9 to advance at Worlds 2022

All scenarios that would allow Cloud9 to advance at Worlds 2022

Cloud9 has to go 3-0 to qualify for the knockout stage. Anything but will eliminate them. 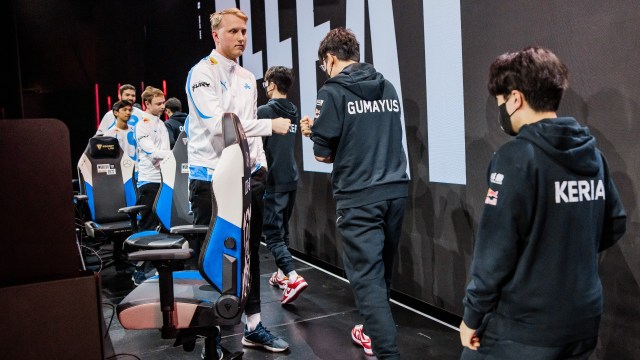 Provided by Riot Games/Getty Images/Colin Young-Wolff Cloud9 has their work cut out for them to avoid a historically bad Worlds performance.

It has been a historically bad first half to the group stage for Cloud9 and the entire North American region at League of Legends Worlds 2022.

The team going 0-3 in a group featuring T1, Edward Gaming, and Fnatic were not on many people’s Pick’Ems, but with reality setting in, the team now has to turn things around quickly. They cannot afford to lose a single game going forward. On the bright side, however, C9 is still completely in control of their own destiny as not only can they still qualify for the knockout stage, they can technically still get out as the number one seed.

Here is a breakdown of all the scenarios in play for Cloud9 as they wrap up the group stage with three games on Thursday, October 13.

The good news for the C9 faithful is that if C9 does go 3-0, they are guaranteed a tiebreaker to get out of groups. They cannot outright qualify with a 3-0 record but they also cannot be eliminated after the six-game double round-robin.

In the eight different scenarios where C9 goes 3-0, six of them will give them a one-game tiebreaker for the second seed. However, there is a crazy scenario where the entire group can end 3-3 giving flashbacks to Worlds 2021 where a single-elimination four-team bracket would decide who gets out of Group A.

Unfortunately being 0-3 heading into the second round robin in a group that has three 2-1 teams means that anything outside of a perfect 3-0 day will effectively end C9’s run at Worlds 2022. But they can definitely still play spoiler even after elimination as any win they pick up during the second round robin will most likely put the team they beat in a poor situation. Cloud9 can also drag a team down with them. At this point, winning any game in this group can provide C9 an opportunity to save face for the entire region.

1-3 or an 0-3 finish on the last day of the group stage will guarantee they finish last in their group.