All Pseudo-Legendary Pokémon in Pokémon Scarlet and Violet, Ranked

All Pseudo-Legendary Pokémon in Pokémon Scarlet and Violet, Ranked 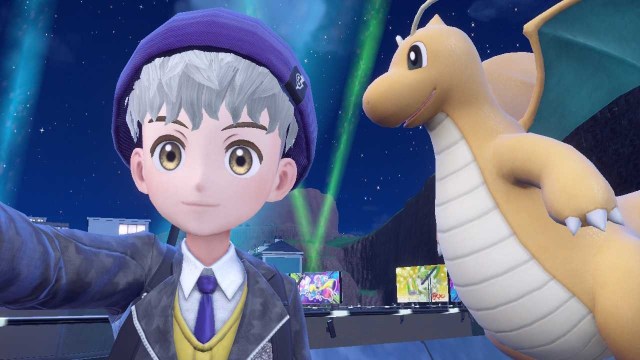 Provided by Michael Czar. Dragonite, a pseudo-legendary in Pokémon Scarlet and Violet.

From worst to best, all pseudo-legendaries in Scarlet and Violet

To start, a quick way to explain what pseudo-legendaries are is based on two key things: evolution and in-game stats. To be a pseudo-legendary, the Pokémon needs to be a three-tier evolution species, like every starter Pokémon. Alongside that, the final evolution needs to have a total base stat number at or over 600. This total means that all their stats are added together, from Attack to Speed. Effectively, having that evolution chain and total stats allows the Pokémon to have legendary-like stats, but easier to find, catch and grow.

Depending on the generation and the Pokémon pool within, the worst pseudo-legendaries might still be better than the strongest common Pokémon.

So, we have the worst pseudo-legendary to start off: Goodra.

First off, every other pseudo-legendary in Scarlet and Violet have two types, making them more flexible in combat. Goodra, however, is only Dragon-Type. While having only the Dragon-Type isn’t a bad single-type Pokémon to have, it doesn’t feel as strong because of it.

Despite how strong this Pokémon was when it first joined the series, the introduction of Fairy-Types made this Pokémon weak in Scarlet and Violet. The type combination of Dragon and Dark means that Fairy-Type moves do quadruple damage to it. Plus, with there being a lot of easily accessible strong Fairy-Type Pokémon in this generation, chances are you’ll have struggles.

It still is a very strong Pokémon, thanks to its high special attack, but not as strong overall as others lower in this list. Plus, it’s a Scarlet exclusive.

As one of the tankiest on the list, Tyranitar is very useful for its role. Another Scarlet exclusive, it has a very low Speed stat, but to compensate is very well-rounded in its other stats. Its Attack stat is among the best in this list, but where it can be exploited is its type combination. As both Rock and Dark, it is very weak to Fighting-Type moves, taking quadruple damage. In fact, it has more type weaknesses than strengths.

If it wasn’t for that, this pseudo-legendary beat out some of the others under him on this Pokémon Scarlet and Violet list.

One of the classic pseudo-legendaries, Dragonite still proves very useful in Scarlet and Violet. Much like Tyranitar, its stats are well-rounded with an emphasis on Attack. But, what puts Dragonite above Tyrantiar is its better type combination (Dragon/Flying) and the great moves on its list. Dragon Dance, Roost and Substitute are all very powerful moves that Dragonite can learn over time.

Now, it still has a big weakness to Ice-Type Pokémon, taking quadruple damage, but Ice-Type moves aren’t that common in-game.

One of the best offensive pseudo-legendaries in the game, Garchomp has the three most important stats as his three best. His HP, Attack and Speed are all over 100, making it so he can usually hit enemies first, hit hard and take some hits along the way. Their Special Attack is their weakness, but that can be played around if you stick to physical moves.

Their other key weakness is Ice, as a Dragon/Ground type combination. But, in a similar vein to Dragonite, that type isn’t too common.

Where Garchomp is an offensive threat, Baxcalibur is a tank that hits hard. Its HP and Attack are its two highest stats, with Baxcalibur’s 145 Attack among the best outside of legendaries. Plus, its type combination of Dragon/Ice makes it very tanky, with no quadruple weaknesses unlike previous Pokémon on this list. The downside is that it takes damage regularly from a lot of types, which is where the high HP stat comes into play.

If used correctly, Baxcalibur has few weaknesses and a lot of Attack to dish out, making it one of the best pseudo-legendaries.

The first of the two Violet exclusive pseudo-legendary Pokémon, Salamence is essentially a better stats version of Dragonite. It has better HP, Attack and Speed, but remains very well-rounded. As a Dragon/Flying type combination, it shares the same type weaknesses as Dragonite too: mainly Ice-Types. But, with its better stats and strong moves like Flamethrower, Roost, Crunch and more,  it is the second-best pseudo-legendary in the game.

At number one, as the other Violet exclusive, it’s hard to beat the unique type combination and great stats Dragapult has. First off, Dragon/Ghost provides some weaknesses in Ghost, Dragon and Fairy, but also a lot of resistances, including immunity from Normal and Fighting. Secondly, Dragapult has not only the highest Speed amongst pseudo-legendaries but one of the best Speed stats in the game at 142. Along with a great Attack stat at 120, Dragapult will almost always hit first and hit hard.

Plus, with great moves like Dragon Darts, Phantom Force, Dragon Rush and U-Turn, Dragapult is the best pseudo-legendary in Pokémon Scarlet and Violet.

Related: Read about The Top 10 Best Legendary Pokemon on Gamepur.