All Pokémon Scarlet and Violet professors

Everything to know about Sada and Turo 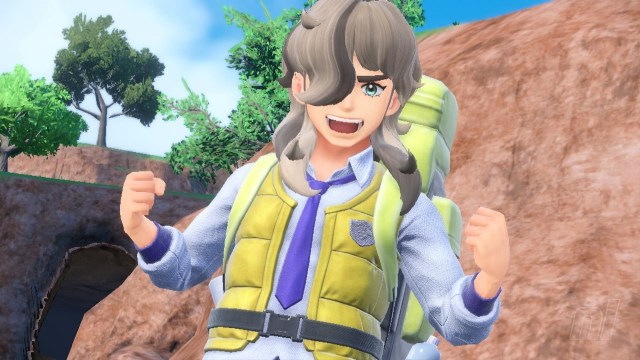 Provided by Game Freak Arven challenges the player to a battle in Pokémon Violet.

Pokémon Scarlet and Violet introduced a number of changes to the basic formula of the Pokémon series. From the removal of wild encounters in tall grass to the option of skipping the majority of trainer battles, these games have challenged some long-held notions of what players should expect from Pokémon games.

Another first for the franchise was the addition of version-exclusive professors in the Paldea region. As a result, the plot of these two games differs slightly depending on which version the player chose. Here’s an overview of the Pokémon Scarlet and Violet professors and what players should know about them.

In both versions of the game, the Pokémon Scarlet and Violet professors are the parents of Arven, one of the player character’s friends and a fellow student at Naranja or Uva Academy. In Pokémon Scarlet, players get to engage with Arven’s mother, Professor Sada.

Sada sports an ancient aesthetic with sandals, unruly hair and a cavewoman outfit under her lab coat. Fittingly, her research of Paradox Pokémon in Area Zero of the Great Crater of Paldea causes her to discover Ancient Pokémon detailed in the Scarlet Book. One such Pokémon, a Great Tusk, even escapes the Great Crater of Paldea and consumes an Herba Mystica in order to become a Titan Pokémon.

Players don’t actually get to see Sada in person for most of the game. However, she is the original owner of the Koraidon that players get to ride on throughout the game. In addition, she communicates with the player whenever their Koraidon receives a power-up after defeating a titan Pokémon.

Likewise, Turo plays a similar role in the overarching plot as Sada. Both Pokémon Scarlet and Violet professors are absentee parents, leaving Arven on his own for years as they study Paradox Pokémon. Upon reaching Area Zero for themselves, players learn that the real Sada and Turo were killed years before by a rogue Paradox Pokémon.

As a result, the professor that communicates with the player throughout the games ends up being a robotic copy, powered by artificial intelligence and infused with the memories of the real professor. These AI professors also act as the final boss of their respective games. Upon defeating them, the AI professors travel back or forward in time (depending on the version). In doing so, they disable the original professors’ time machine and prevent additional Paradox Pokémon from running rampant in Paldea.