All perks coming to Call of Duty: Vanguard Zombies at launch

All perks coming to Call of Duty: Vanguard Zombies at launch 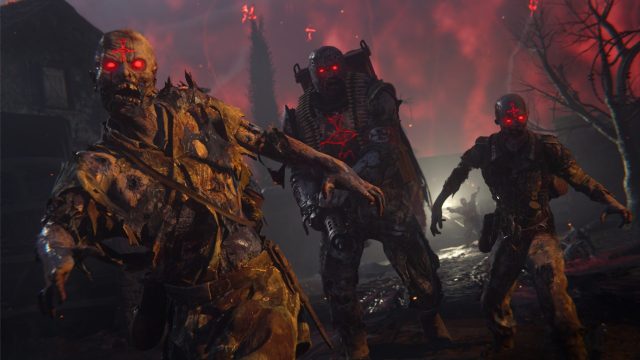 Treyarch unleashed a horde of new information surrounding Call of Duty: Vanguard Zombies on Monday. This includes a slew of new details about the first map, Der Anfang, which translates to “The Beginning.” From Dark Aether Entities and Artifacts to The Altar of Covenants, there’s a ton of new aspects coming at launch. However, there are also some familiar sights, such as perks, for players to access.

While Sledgehammer is leading the charge with multiplayer and campaign, Treyarch is taking over the reins of Zombies for a second consecutive year. The studio has the most experience developing Zombies and they’re introducing an interesting first experience for fans in Vanguard. While there won’t be a traditional Easter Egg like in years past, there will be plenty of aspects for fans to explore. This starts with the perks system, which is returning in Vanguard Zombies.

The way perks work in Vanguard is “entirely different” from previous Zombies installments, according to the developer announcement. As players unlock new areas in Stalingrad, where Der Anfang takes place, they’ll uncover Perk Fountains. These Fountains contain the perks themselves but will be free in their base form. Players will also keep the perks they own if they go down and are revived.

Each perk will have four tiers in Vanguard Zombies, which players can upgrade in-game. Once players upgrade a perk, they’ll be at risk of losing one tier if they go down. Players will lose one tier from each perk every time they’re downed.

The full list of perks in Vanguard Zombies is viewable below.

Veterans of Zombies will recognize these perks as classics, such as Juggernog and Speed-Cola. The specific stat upgrades for most of the perk tiers haven’t been disclosed. Although, the benefits of Fiendfish Fortitude were revealed, with the base tier giving players +25 health and tier 4 giving +100 health. Treyarch also let players know what it will cost to upgrade to every new tier.

It’s currently unclear how many perks players will be able to have in one match of Vanguard Zombies. What is clear is that Treyarch is changing how the system works to match the “occult setting of Vanguard Zombies.” The mode releases with the base game on Nov. 5.