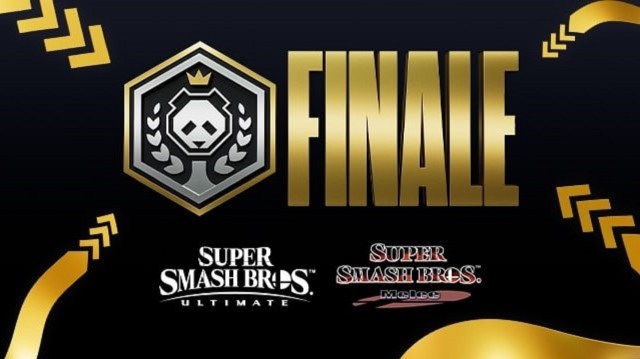 Provided by the Los Angeles Convention Center Players and spectators alike can attend the Panda Cup Finale without paying a venue fee.

Panda Global’s partnered circuit with Nintendo is nearing its conclusion, with the roster for the circuit finals being almost completely set. All that remains are slots for four Melee and Ultimate players from the on-site Last Chance Qualifiers.

This circuit featured a number of qualification methods, including live events, online qualifiers for Ultimate, and invitees based on a panel vote. Here’s an overview of all of the 2022 Panda Cup Finale invited and qualified players, as well as how fans can tune into the event.

In total, 16 Melee players directly qualified for the Panda Cup Finale based on their placements at seven different events. Here were the qualifier tournaments and all of the players who got into the finale at each of them:

Meanwhile, another large chunk of players received invitations based on the recommendations of a panel. Here are the players who qualified on account of the panel vote:

With all of the panelist selections finalized, here is the full roster of Super Smash Bros. Melee players at the Panda Cup Finale Powered by @GonnaNeedMilk

The last 4 spots will be decided at the Wonderful Pistachios Last Chance Qualifier at the L.A. Convention Center Dec 15th. pic.twitter.com/cSxgNlUGNr

With two extra qualifying events, Ultimate ended up with 18 players who got into the Panda Cup Finale through offline tournaments. Here’s an overview of the in-person Panda Cup events and which players got in through each of them:

Like Melee, Ultimate also had a panel vote, which resulted in Salvatore “Zomba” DeSena and Kolawole “Kola” Aideyan getting into the Panda Cup Finale. However, Ultimate also had a series of online qualifiers for eight regions, which is why it had a much smaller panel vote than Melee. Here’s an overview of the Panda Cup’s region-locked online regional finals and who qualified through each of them:

The Super Smash Bros. Ultimate roster has been locked in for the Panda Cup Finale Powered by @GonnaNeedMilk

The remaining 4 spots are up for grabs at the Wonderful Pistachios Last Chance Qualifier, taking place on December 15th at the L.A. Convention Center. pic.twitter.com/mzdjNgERRO

How to watch the Panda Cup Finale and when is it?

The Panda Cup Finale will take place in Los Angeles, California, from December 15-18, one week after the 2022 Smash World Tour Championships. The LCQs for both Melee and Ultimate will take place on Thursday, December 15. Wave A of the LCQs will start at 1 p.m. ET, followed by Wave B at 3 p.m.

Then, the main event will begin on Friday and continue into Saturday. On both days, the venue will be open from 12:30 p.m. to 1:30 a.m. The tournament will conclude on Sunday with top eight of the final brackets for both Melee and Ultimate. Viewers should be able to tune in throughout the weekend on the PandaCup and PandaCup2 Twitch channels, along with the Panda Cup YouTube channel.